When it's time to say "Happy birthday" or most importantly "I was a big jerk and I'm so, so sorry," sit down with Peter and Mark (respectively) at their relaxed upstairs jewelry salon in Haverford Square. This is no standard retail space; it's like shopping in your friend's living room (with proffered beverages and all). And if you don't see something you like amid their stunning inventory, they'll find it or have it made. (That includes creating a mate for that one lost earring.) There's also a beautifully curated array of gifts for home, men, women and children. 379 West Lancaster Avenue, Haverford, PA 19041, cookeandberlinger.com.

This 38-year-old Northeast native's debut work, a memoir called The Removers, is dark and bleak and funny and utterly Philly. The down-on-his-luck narrator joins his sad dad, a disgraced former La Salle prof, in the business of making house calls to pick up corpses for local funeral homes. Between encounters with the dead and those they leave behind, he meanders in and out of love affairs, observes the dissolution of his parents' marriage, and ponders why he can't seem to gain any traction. A tour de force that should be the hands-down choice for the next One Book, One Philadelphia campaign. andrewmeredith.net.

If you haven’t ventured far from Philly since the pandemic started, you may be out of trip-planning practice. Philly-based travel agent Alexis Rich Chami will help you pinpoint the best place to spend a long couples weekend or a winter break with extended family and plot out a personalized itinerary to make the most of each day. It’s how, on your next trip to the Yucatán Peninsula, you’ll find yourself feasting on home-cooked mole chicken and honey liqueur in a welcoming family’s front yard, far from the crowded cenotes. palomartravel.com. 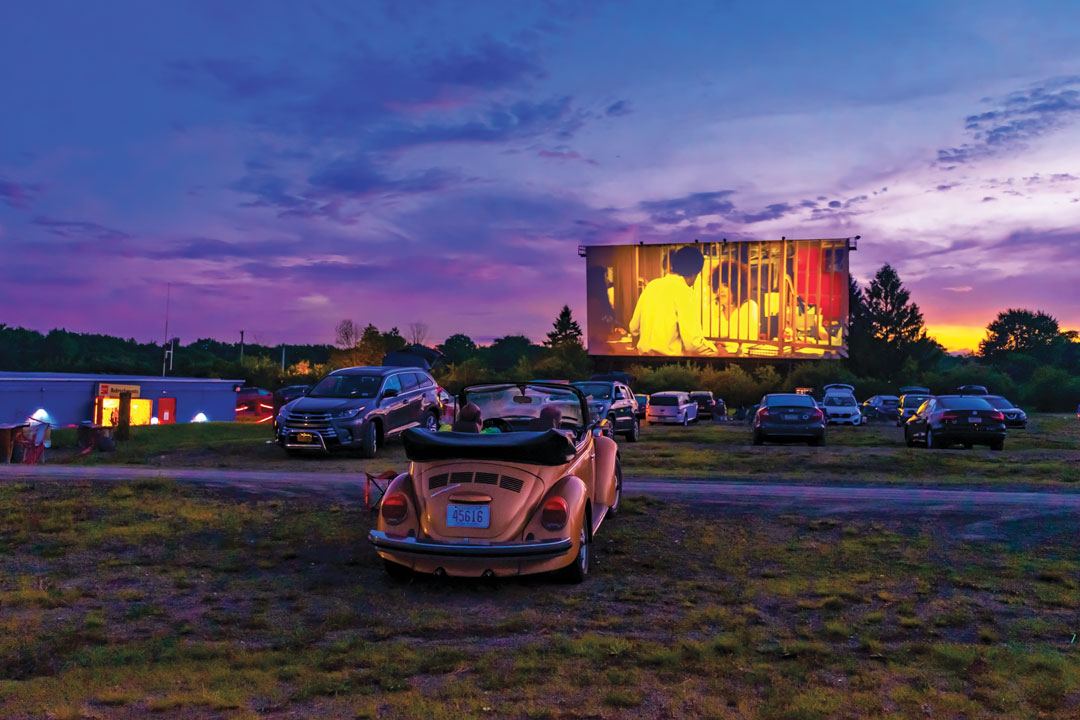 Pennsylvania was home to the country’s second drive-in movie theater, and we once had more drive-ins than almost any other state. And then drive-ins kind of evaporated, leaving a couple of generations never having experienced them. But that all changed earlier this year when traditional movie theaters were forced to close and people rediscovered (or, in many cases, discovered) the drive-in. The gold standard is the Mahoning Drive-In Movie Theater, about 90 minutes northwest of the city. It’s worth the trip, since it’s the rare drive-in theater that solely screens classic movies — on film, no less. And the characters who run the place are as entertaining as the movies themselves. Just watch the documentary At the Drive-In, which is all about the Mahoning. Bonus: You can camp overnight. 635 Seneca Road, Lehighton, PA 18235, mahoningdit.com.

If you're losing your matches (and your pride), the handsome Riley and his TeamRiley can get you some topspin. The nine-time world-ranked ATP player who 20-some years ago was the number one player at Penn coaches some of the world's best (Lisa Raymond, Zachary Fleishman), youngsters on their way to collegiate tennis stardom, and local power types like Dennis Alter and lawyer Dan Berger (as well as the editor of this magazine, whose serve remains hopeless nonetheless). Even if your court movement is more Andre the Giant than Andre Agassi, Riley can firm up your fundamentals and play patterns to a plateau that will have you calling everyone for rematches. Call or see website for consultation, 00000, teamrileytennis.com.

The best pizzas often come from bread nerds, and owner-pizzaiolo Danny DiGiampietro is a bona fide geek when it comes to his dough. A long fermentation process results in ultra-bubbly crusts and a chewy center tinged with sourdough sweetness. 122 North Haddon Avenue, Haddonfield, NJ 08033, angeloshaddonfield.com.

You can come to him or he'll come to you—so there goes your "I'm too busy to work out today" excuse. And with Maher's tailored-to-you workouts and solid diet and nutrition know-how, you may even—gasp!—look forward to your gym time. 1429 Walnut Street, Philadelphia, PA 19102, phillypersonaltraining.com.

The meatless cheesesteak — treated as an afterthought in most Philly steak shops — is given the reverence it deserves at Frizwit in Pennsport. The mushrooms are local (from Mycopolitan, a mushroom farm that supplies some of the city’s finest chefs) and the cheese is made with local Abundantly Good cheddar (a do-good cheese that benefits Philabundance), and along with some onions, it’s all stuffed into a hoagie roll baked by Merzbacher’s in Germantown. Most importantly, the shroomwit eats like its meaty counterpart: unabashedly greasy, impossibly cheesy, and as junky and delicious as it ought to be. 100 East Morris Street, Philadelphia, PA 19148, frizwit.square.site.

Anyone can throw down an omelet, fry up some bacon and sling mimosas for all the Sunday-morning sheeple. But only chef Konstantinos Pitsillides can turn traditional brunch notions on their ear and lay down some serious Cypriot eats for those who can appreciate pan-fried merguez sausages with organic duck eggs. 1001 Spruce Street, Philadelphia, PA 19107, kanellarestaurant.com.

Once you eat Jennifer Zavala’s crisp-edged, dripping birria tacos, you’ll think of them weekly. These beefy pockets don’t come cheap — an order of three costs $21 — but knowing the staff is being well-paid for its labor, plus the exceptional quality of the food, should be enough to keep you coming back time after time. 1941 East Passyunk Avenue, Philadelphia, PA 19148, juana-tamale.square.site.

When a Vera Wang model needs an updo, a Victoria's Secret catwalker requires blowing-out, or Lil' Kim, Anita Baker, Selita Ebanks or Lauryn Hill needs natural-looking extensions, a splash of color or an amazing cut, they come to Kheli (or Kheli comes to them). No wonder: From her salon's two-year-old Manayunk location, she modestly works magic on any kind of hair that walks through the door. That is, when she's back from Fashion Week. 4205 Main Street, Philadelphia, PA 19127, styleseat.com/lepinkchampusalon.

Cindy Martino at Pileggi on the Square

The pre-tan prep (face-washing, application of cuticle oil on fingers and toes, taping of palms) and explanation of the product this tanning veteran is about to hose you with (works with your skin's own pigment, organic henna stains that mean you'll walk out with a glow) take much longer than said hosing but said glow is so worth it. 717 Walnut Street, Philadelphia, PA 19106, pileggisalon.com.

Show us a dude who says he's not obsessed with his dome's sprouts, and we'll show you a fibber. Hush co-owner Carlos Rogers understands. From his salon tucked in the back of Old City's Sweat gym, Rogers makes the most of man's sole groom-able God-given gift, working with volume and texture, face shape and style needs, gently breaking inconvenient truths about thinning tops, and sending fellows back into the cold, hard world with the best of all possible looks. 45 North 3rd Street, Philadelphia, PA 19106, hushsalon.com.