The Black Cat Tavern on 12th

The traditional ones are stuffed with potato and cheese; the fun ones are stuffed like jalapeño poppers; and during the holidays, some even come with smoked duck and cranberry. It’s pierogi heaven where you wouldn’t expect it. 2654 South 12th Street, Philadelphia, PA 19148, blackcattavernphilly.com. 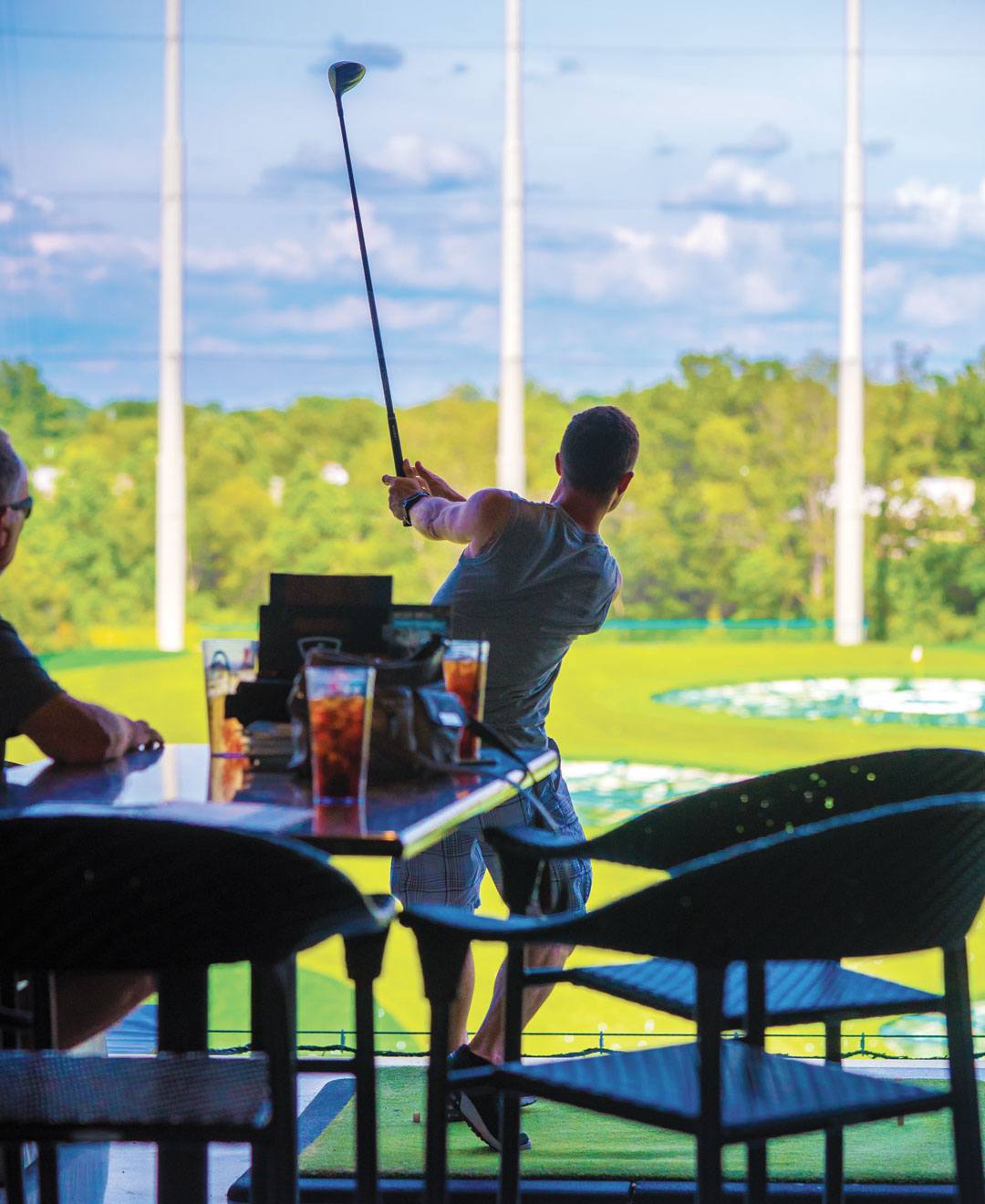 Grab some friends, snag one of the 102 climate-controlled bays, hit drives to your heart’s content, and order another round every time the server comes by. 104 Centerton Road, Mount Laurel, NJ 08054, topgolf.com.

Some of the best pasta dishes in Philly right now — hand-rolled trofie pasta salad with gochujang and smoked celery; fusilli tossed with broccolini and preserved lemon — aren’t coming from any one kitchen, but from whatever restaurant or bar gives the Nardone crew the keys for a night. Multiple locations. nardonepastaco.com.

Some of the prettiest a-little-something-more-comfortable designs we've seen in ages are coming from the mind of this Philly native, and while we've been happy to build our trousseau at Jennaleighlingerie.com, we're even happier that her first-ever stand-alone boutique was just unveiled at the Shore. Revel Casino, 500 Boardwalk, Atlantic City, NJ 08401, .

Cassava chip nachos topped with fiery jerk seitan, dairy-free queso, smoky chickpea tempeh “ribs” and barbecue jackfruit … there’s some real plant-based wizardry coming out of this pint-size roving cart that you can find all around West and South Philly.

When it comes to rooftop bars, it’s all about the view. And at Bok, you get the full vista—river to river—which is pretty rare for a watering hole. Pair the panoramas with great snacks (this year, dumplings!) and well-priced drinks, and you’ll develop a new appreciation for Philly just by looking at it. 800 Mifflin Street, Philadelphia, PA 19148, bok-bar.com/.

Something fantastic usually comes from a shop that's committed to doing just one thing really well. Anything off the hot presses at Nina's Waffles and Sweets in New Hope and Doylestown proves just that get a Belgian waffle topped with salted caramel ice cream. 31 West Mechanic Street, New Hope, PA 18938, ninaswaffles.com/.

Ditch your usual BEC for one with house-made pickles, herbs and eggplant pâté on a baguette, a.k.a. a banh mi op la. Come back again and again to this homey spot showcasing American Vietnamese breakfast comfort food, for the chao ga (a rice porridge dish with a poached egg, bits of crispy chicken skin and fresh herbs), Momma’s egg rolls, and Caphe Roasters Vietnamese coffees. 1500 South Street, Philadelphia, PA 19146, thebreakfastden.com.

You've probably never trekked to Spring City, a Chester County borough north of Phoenixville. But it's worth the drive for this small, spartan strip-mall hole-in-the-wall if you're looking to get your hands on some fried plantains, a killer mofongo doused with a sweet and blistering hot sauce, or fried mashed potato balls that are pure carbohydrate joy. 13 Riverside Drive, Spring City, PA 19475, facebook.com/TheLatinCorner/.

Convincing arguments have been made for the homey kitsch and time-honored cred of the 700, but we take umbrage with the relentlessly throwback soundtrack of the place. In the end, when it comes to a dance-heavy good time, the Barbary is a surefire bet. True, a select breed of douchebaggery occasionally infests this two-floor hipster haunt, but the place is big enough to avoid the types (both human and musical) you want to and still have room to spread out and dance. Check Facebook for monthly theme nights and special events. 951 Frankford Avenue, Philadelphia, PA 19125, thebarbary.org/.

London native Sam Jacobson has packed his tiny South Philly pie shop with nothing more than a sprinkling of tables, some mismatched spoons, free tea, and, oh yeah, two bakery cases brimming with flaky sausage rolls, an ever-changing roster of pastries and meat pies, and traditional beef pies with mash and parsley liquor, fresh from the bakers working in the back. It's the best thing to come from Britain since Kate Middleton's hair. 1838 East Passyunk Avenue, East Passyunk, Philadelphia, PA 19148, facebook.com/StargazyPhilly/.

The first Saturday of each month during the spring, summer and early fall (and every weekend starting in late September and into November), this lovely farm in Plymouth Meeting offers a $2 hayride that doubles as a guided behind-the-scenes tour of a m-odern-day farm. After the 40-minute ride, be sure to buy some fresh produce, now that youve seen where it comes from. The pick-your-own flower fields are also a big hit. 2656 Narcissa Road, Plymouth Meeting, PA 19462, mapleacresfarmmarket.com/.

Every year, come Fat Tuesday, Haegele's Bakery in Northeast Philly feeds a long line of indulgees their fair share (and then some) of the city's best doughnuts: airy ring doughnuts, perfectly sweet cream-filled doughnuts, iced cinnamon doughnuts, powdered jelly doughnuts, and, of course, fastnachts. Thankfully, we can go every other day of the year and, except for the fastnachts, gobble them up without a wait. 4164 Barnett Street, Philadelphia, PA 19135, .