The video app has a lot of people giving out free mental health advice — not all of it good. Here, local experts help us break down the most damaging trends. 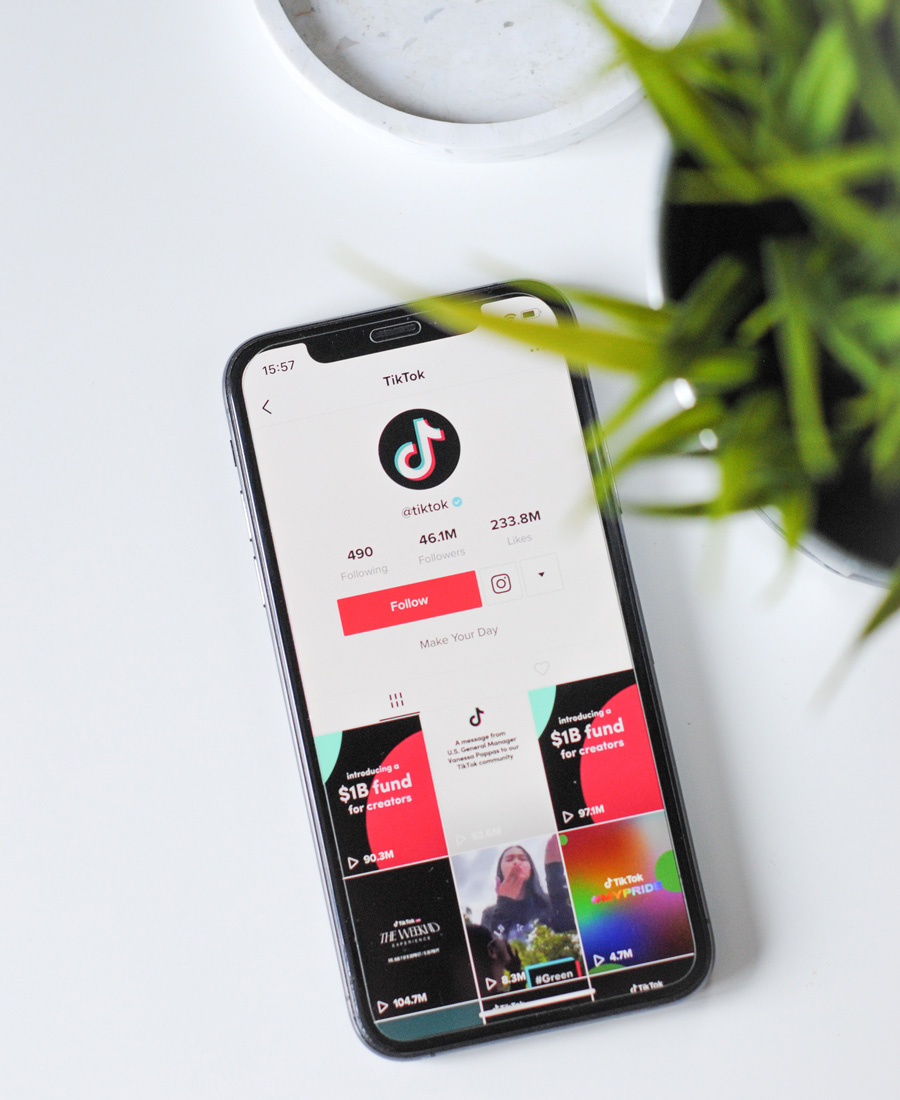 What’s the most misleading TikTok mental health advice and trends out there? Real Philly therapists help us break it down. Photograph by Hello I’m Nik on Unsplash

TikTok, the minute-long video app that pairs sharable background audio with viral dances, comedic skits, cooking and DIY tutorials, real-life scary stories and more, has also become a platform where people are openly and freely discussing their mental health. While it’s unquestionably a good thing that the taboo around mental health is continuing to dissolve, there’s also some risk anytime a person who isn’t trained to address matters of health starts offering free advice.

There’s been such a proliferation of mental health content on TikTok that it’s coming up in local therapists’ sessions with clients. Center City psychiatrist P. Joseph Resignato has been following the mental health trends on TikTok, and he says that while “social media has shown staying power in helping to normalize mental illness,” not every video is helpful or productive. Resignato explains that the spread of misinformation on the internet is a constant battle for therapists and doctors: “Misinformation directly undermines the help that we as experts are trying to give to our patients and the public.”

Given that there are plenty of TikTok trends and videos out there that stereotype mental illnesses and provide confusing and misleading mental health information, we asked local therapists to break down some of the most damaging myths and trends they’ve seen on the app. Here’s what they had to say.

At least a third of Americans use the internet to help diagnose their ailments. And while visiting Dr. Google could help identify what you’re dealing with, you could also end up completely off-target. One TikTok trend Resignato has noticed calls for users to self-diagnose. Resignato believes that these videos can get a conversation started, but they shouldn’t take the place of a clinical diagnosis by a doctor or therapist.

Resignato points to one satirical video about depression self-diagnosis. “[This] comedic video seems to make fun of people who diagnose themselves, or those who give colloquial advice to people they think have depression, who aren’t fully informed.” He points out that self-diagnosis can be troublesome when psychiatric symptoms are actually caused by medical conditions. For instance, mood swings could be caused by blood sugar dysregulation, not bipolar disorder. “Someone may think they have bipolar disorder because one minute they are off-the-wall angry or crying, then an hour later they act as if nothing happened. That’s not what bipolar disorder looks like.”

Resignato believes that many go untreated for conditions like anxiety, impulsivity disorders, PTSD, or borderline personality disorder because they are following misconceptions. “You may also think that there is more wrong with you than actually is, or you could be incorrect and seek improper treatment,” he says. “This also poses a challenge to experts since patients may be resistant to learning that they in fact have something like anxiety causing their lack of attention, not ADD.”

South Philly licensed professional counselor Akua K. Boateng says that one of the most ridiculous claims she’s seen so far is that intermittent fasting will heal anxiety and depression. “Healthy, evidence-based treatment for anxiety and depression involves a longer, more in-depth approach to emotion regulation, restructuring beliefs and ideas and self-care. Intermittent fasting is a short-term manipulation of bodily processes for a desired outcome, which is not consistent with good clinical work.” Not only could this claim be a letdown for people seeking help managing their anxiety, it can also be triggering for those with comorbid eating disorders.

“Intermittent fasting has its regulatory benefits for your digestive system and other bodily processes. It even can increase some hormones associated with an improved mood. However, these effects are a temporary fix for a deeper issue. We can’t ignore that fasting has been associated with harmful mental health outcomes in the area of disordered eating attitudes and behaviors, promoting unpredictable moods, impaired thinking and decision making, which can lead to a poor relationship with food,” says Boateng. Following these unfounded, oversimplified claims can be problematic, and even ableist, considering that many rely on medication and years of therapy to manage their anxiety and depression. Boateng instead recommends seeking out a therapist or psychiatrist who can help create an action plan for managing symptoms.

The Trend: Pretending to Have a Disorder

One TikTok challenge calls for people to pick from a few disorders and choose one to pretend to have, such as OCD. South Jersey based psychotherapist Jennifer Dillon watched a few videos, and found them to be problematic. “While these videos may be attempting to be helpful, it’s obvious that these individuals don’t have any expertise on OCD. Some do state that they aren’t experts or sufferers, but they end up stereotyping behaviors,” says Dillon. She also says that people “picking a disorder to live with” is ableist and dismissive of those actually struggling. These videos also have the potential to romanticize conditions.

Resignato expands on this saying that those pretending to have schizophrenia, for example, are potentially harming those who already have this misunderstood diagnosis. “The videos use common misconceptions about what hallucinations are and portray someone with schizophrenia as a monster-looking clown, making them look violent and scary. Actually, people with serious mental illness are much more likely to be the victims of violence rather than a perpetrator,” says Resignato.

The Trend: “What I Eat in a Day” Videos

Rittenhouse psychologist and eating disorders specialist Colleen Reichmann warns her clients to steer clear of food diary videos. While this trend may not immediately sound like a mental health concern, for someone who is navigating their own disordered eating, these clips can be triggering. Reichmann explains that they promote a “comparison mindset.” “The reality is, we all have different food needs, different cravings, different fullness and hunger cues. We all need different amounts of food, and we all have varying frequencies that we need to eat in a day. Instead of posting these videos, we should be focusing on getting the word out that all foods are good foods, and that there is no benefit in plate comparison.”

She expands, saying that the videos are also harmful because they could make someone form unrealistic goals. According to Reichmann, “The vast majority of the time, these videos are being created by thin, younger, conventionally attractive white women. These folks have bodies that are multi-privileged, and they use these videos to highlight their bodies. No matter what the intent, the message comes off as, ‘Eat like me and you can look like me,’ which is simply not true.” Every body reacts differently, even if everyone ate the same. “Messaging like this sets vulnerable young viewers up to engage in the Sisyphean task of trying to obtain a body that they are likely not going to be able to obtain.”

Processing trauma can cause more trauma — for patients and therapists alike. That’s why it takes someone highly-skilled and trained to help us work through it. When we process trauma, or recount painful events, we can cause vicarious traumatization for viewers — and not everyone will steer clear because of a trigger warning in a video caption. And for someone who has experienced similar trauma, the effects of watching someone describe their trauma can be worse. Dillon explains, “For many, it is dangerous to work through trauma online because there is the possibility of triggering emotions a person isn’t able to deal with on their own. This can cause a person to be re-traumatized, like they are reliving the event.” Dillon cautions, “Without appropriate supports in place, it’s possible that it may lead to things like self-harm behavior, substance use, or suicide because they haven’t been given the skills needed to effectively cope.”

Dillon recommends following real experts for advice and insight. “TikTok really is a great platform for therapists to offer general advice about coping skills, ideas to help set healthy boundaries and explanations about certain mental illnesses,” she says. Here are a few of her favorite accounts: