The Class by Taryn Toomey, the New York City-based yoga and boot camp fusion, will swing through Philadelphia on October 19th. 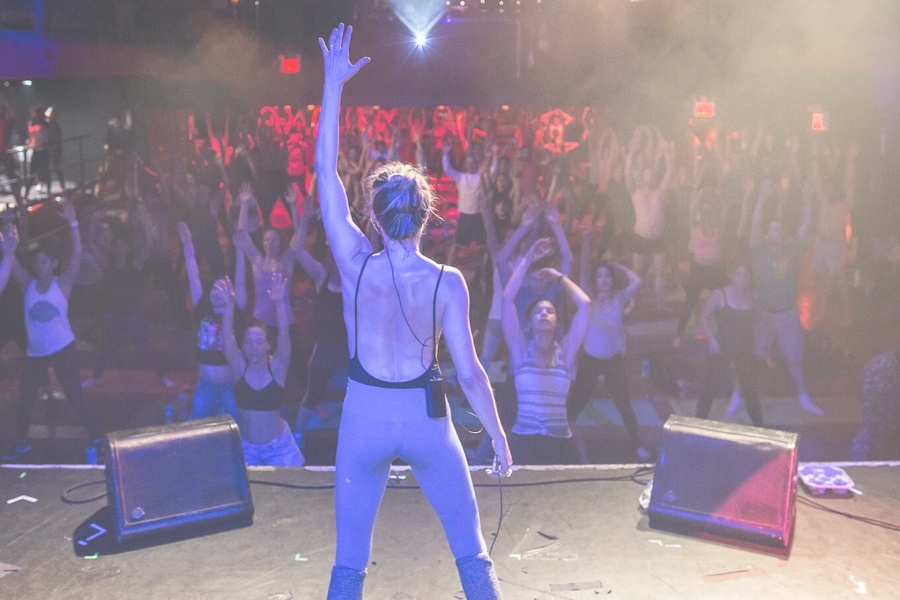 It’s no secret that maintaining an active lifestyle can benefit not just your body but your mind, too. Aside from boosting heart health and overall longevity, exercise can improve your mental and emotional health, partly because working out helps your brain release endorphins — and, in our best Elle Woods’ voice: endorphins make you happy.

But sometimes, fitness can feel transformative for that intangible part of ourselves: the soul. In fact, many fitness enthusiasts consider their beloved boutique gyms and studios a kind of church due to the emphasis on community, ritual, and self-reflection. While some chains have received backlash for commodifying their quasi-spiritual, self-care experiences, it’s tough to deny that working out, whether solo or with others, can help us feel fulfilled and more in tune with ourselves and our surroundings.

This October, you’ll get another opportunity to experience fitness as a potential spiritual practice. The Class by Taryn Toomey, the über popular movement-based workout, just announced an East Coast metro tour, including a one-day stopover in Philadelphia.

The Class will pop up in Philly for the very first time on October 19th with two 60-minute sessions. Even better: Both classes will be taught by Taryn Toomey herself, founder and owner of the Class. The tour will also feature live music from guitarist and vocalist Conner Youngblood and drummer Caleb Spaulding.

Based in New York City, the Class by Taryn Toomey consists of simple, repetitive cardio and strength-based exercises that results in an energetic fusion of yoga and plyometrics. The Class works one muscle group at a time, repeating that one movement the entire length of a single song. As a result, students often claim they undergo a physical, mental, emotional, and even partial transcendent journey that usually involves the releasing of unexpressed emotions and physical discomfort. As Toomey put it, the Class is a “a wringing out, literally and figuratively, of the body, mind, and soul.”

Toomey officially founded the Class in 2013, after teaching step aerobics and yoga for a number of years, but felt herself longing for something more. “Through my own research and discovery, using myself as a case study, I started using my self-prescribed medicine of music and movement coupled with community and strength to ‘work out’ certain life experiences and emotions,” Toomey says. “I began sharing my medicine [which later became the Class] with friends and community in the basement of my apartment building, donating all proceeds to a charity in Peru.” The music- and movement-driven practice blew up, becoming popular among celeb devotees like Drew Barrymore and Naomi Watts.

The idea of an East Coast metro tour came directly from the Class enthusiasts who aren’t based in New York City but wanted to experience Toomey’s workout anyway. Toomey decided to bring the Class to cities where it has never been (but heard a lot from) in order to expand the empowering workout to more people. The tour will kick off in its hometown of NYC and include additional stopovers in Boston, D.C., Chicago, Nashville, and Atlanta.

Tickets for the Philly classes, which will be held at 9 a.m. and 11 a.m., cost $65. Our Be Well Philly fam can receive $10 off with code ClassBeWell. Buy your ticket here. Both classes will be held at City Winery in Center City (990 Filbert Street). Make sure to BYO mat!