Prescription Chicken is now open at The Bourse in Philly. 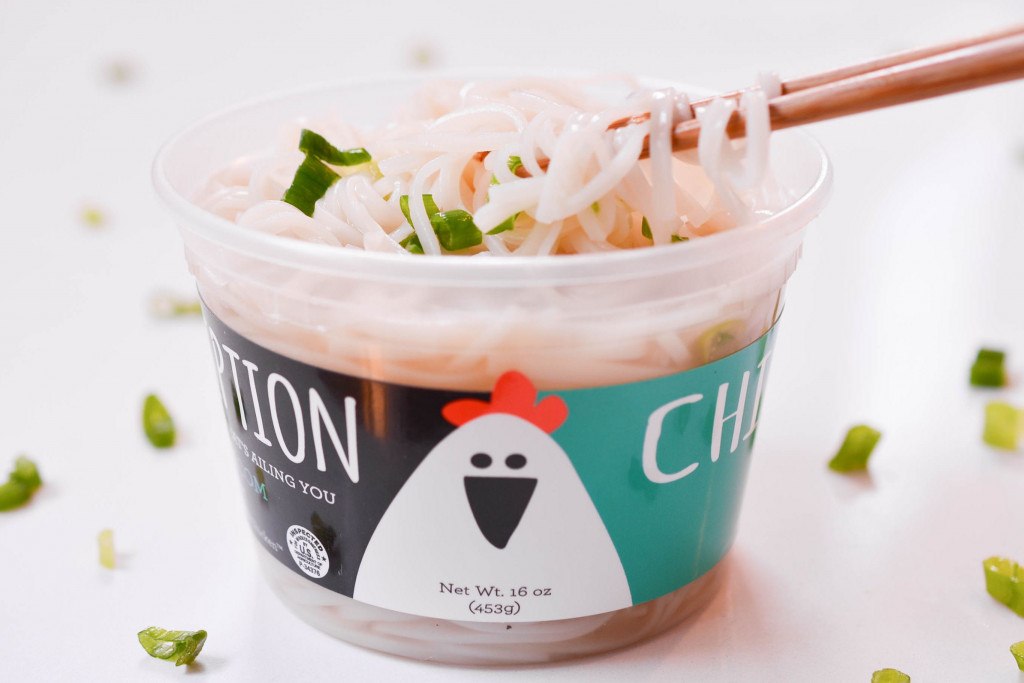 Prescription Chicken is now open at The Bourse. Photograph by Karen Hoefener.

Is there anything more comforting than a piping hot bowl of chicken noodles soup when you’re feeling under the weather? Prescription Chicken co-founder Valerie Zweig certainly doesn’t think so. In fact, she’s such a fan of the stuff that in 2016 she launched a soup delivery business with her cousin, Taryn Pellicone, to get warm, nourishing broths into the hands of the ill and the chilled.

After launching their first brick-and-mortar soup shop in Baltimore at the end of 2017, the pair opened a second Prescription Chicken location inside Philly’s The Bourse Marketplace on October 28. This new location is serving up all their classics — from “Grandma Style” soup, which contains ginger and dill, to a fortifying bone broth — all aimed at providing comfort and health benefits.

The shop also, notably, sells a “Hangover” soup, which contains a spicy kick to give it “a little bit of bite” Zweig says, in addition to anti-inflammatory turmeric and nausea-fighting fennel. And while most of the offerings are made with meat, Prescription Chicken also makes a mushroom stock and a vegetarian soup that combines a veggie broth with vegetables, herbs, and matzah balls or egg noodles. 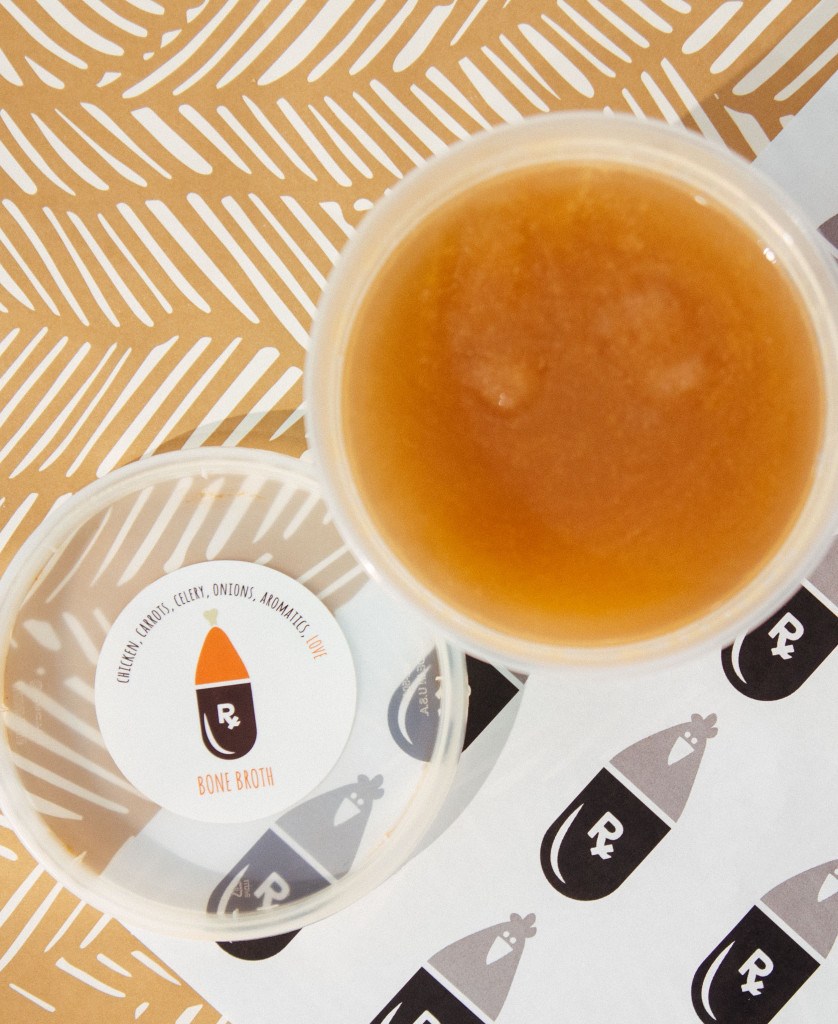 The soups are all available at Prescription Chicken’s new stall at The Bourse, along with yogurt parfaits from Zweig and Pellicone’s second business, Gertie’s Yummy Yogurt Bowls, for something sweet to go with the savory. But Zweig expects delivery to be a big part of the business in Philly as well.

Through Caviar, you can order any of the soups, as well as care packages, like the “Super Sick Package,” which comes with two quarts of soup, orange juice, tea, tissues, crackers, and a honey throat lozenge. Considering that the last thing we want to do when we’re feeling sick is leave the house for more tissues and Campbell’s, we can imagine this might be a pretty popular option this winter.

Correction: The vegetarian soup is made with a veggie broth, not a mushroom stock.