This adoptable dog also happens to be an excellent running buddy. 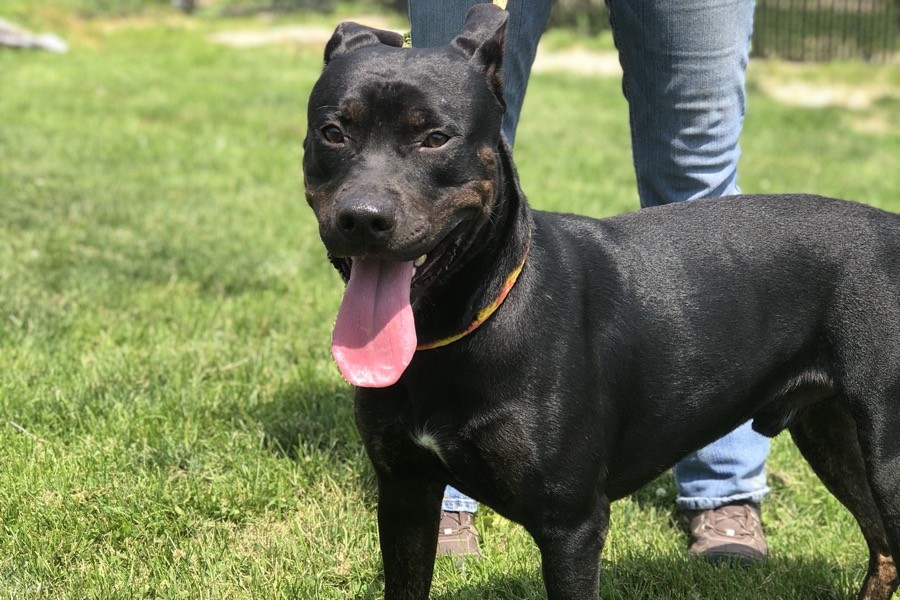 Here we are, amidst the dog days of summer, with another dog that is SO ready to be adopted. This week, Noah is the adoptable running dog that’s stealing our hearts.

Noah was surrendered to the shelter in June after his family lost their home, leaving this poor guy to the kind folks at ACCT Philly. During his stay, Noah was picked to be a Monster Milers running buddy during which he has proven to be the dogg-o equivalent of an Olympic athlete. Volunteers keep him to a ten-ish-minute mile, but let’s just say that Noah could definitely pick up the pace. Volunteers also have a little pool Noah likes to splash around in, so there’s reason to believe he would be a great swimmer as well.

Now Noah is ready to leave behind the shelter scene and get back to family life. This fun and handsome (have you seen his face? I mean, come on!) guy is down to be your training and cuddle buddy if you give him the chance. Read on to learn if Noah is the right guy for you. 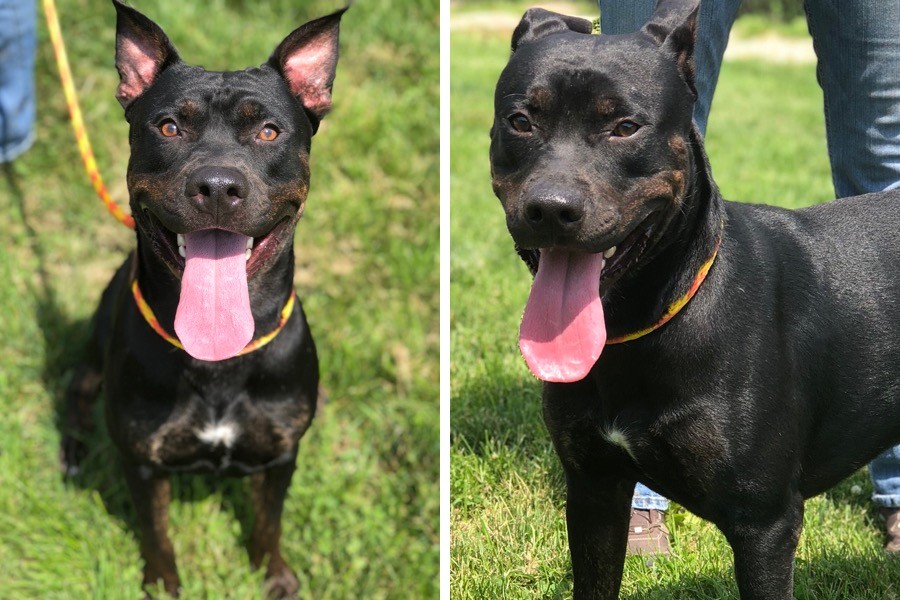 Running style: Noah loves action, activity, excitement, and is a GREAT running buddy! He is fun, playful, and athletic. Once you are laced up and he is leashed up, you better be ready to go because he is going to take off at a quick pace! Don’t worry though, he settles into the run quite nicely and will adjust to your preferred speed (or stay hyper-speed if that’s what your into!). Noah runs with many different volunteers and Monster Milers at ACCT Philly, but right now they all make sure he stays around a ten to 11 minute mile because of the summer heat. It’s pretty clear that he could definitely go faster and farther, but our human runners have to look out for our canine running companions and make sure they take it easy. So, not only do they monitor Noah while he is on the run, they give him time to cool off in his little pool before he unfortunately, has to return to this kennel. That’s where he shows off his sweet and silly side!  Noah “swims,” around and plays in the water. He splashes about and lays in his baby pool — it’s the cutest darn thing! We hope someday he has a chance to really stretch those legs and do some serious laps in a pool that fits him a little better, because we bet he’s as great a swimmer as he is a runner!

Why Noah could be the right dog for you: Overall, Noah is a steady and reliable running buddy who is ready to go out with you now as is, or could be trained to run faster and longer. One Monster Miler volunteer has told us that she could totally see him becoming someone’s half marathon training partner! When he is not enjoying exercise and activity (which should def stay a part of his daily routine) he is a good-hearted and happy-go-lucky dog. He has lived in a household before, but was surrendered when they lost their home. In that previous home, he lived with other dogs and even children. He is doing his best to stay house trained while in the shelter, and is trying to have as much fun as possible. Noah is just waiting to become a beloved family pet once again and we hope he doesn’t have to wait much longer!

How to adopt: If you’d like to meet the next Usain Bolt/Michael Phelps combo, visit ACCT Philly (bring any kids and resident dogs) to meet Noah anytime during their adoption hours. ACCT Philly is open for adoptions seven days a week and you do not need to apply or make an appointment beforehand. Visit their website (www.acctphilly.org) for additional contact information, adoption hours, and what you should bring with you to adopt.