We polled Philly fitness trainers for their biggest pet peeves. 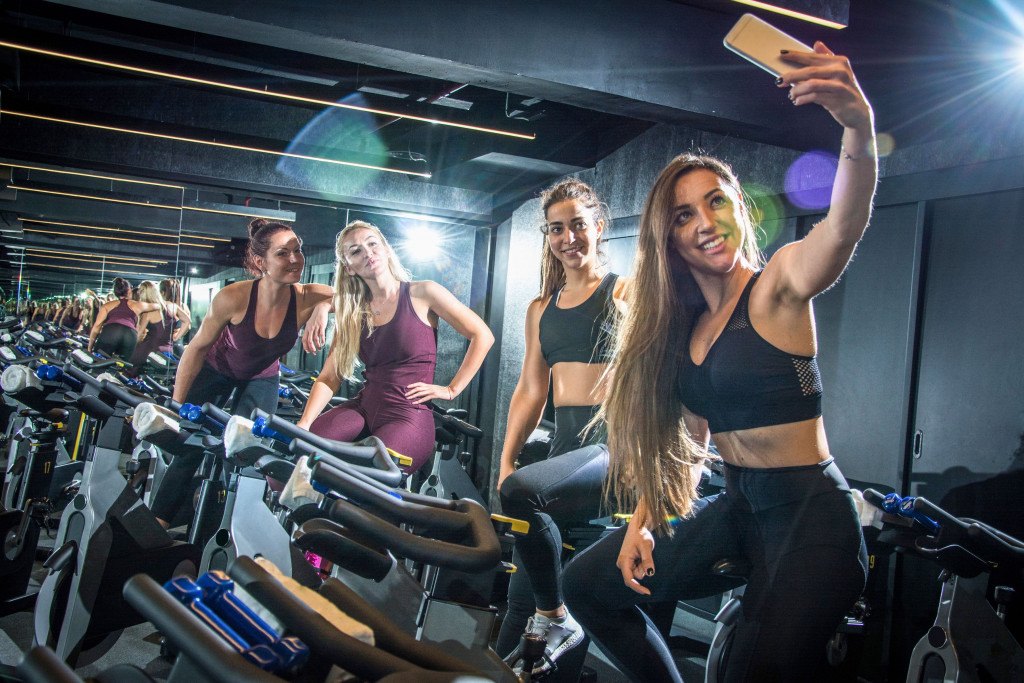 Look, we all know there are things that we wish trainers would stop doing (for example: Why does their “ten seconds” last way longer than my ten seconds?!). That said, we wondered: Do we have annoying habits they wish we’d quit?

As someone who’s definitely guilty of reading a quick text, obsessively checking her FitBit, and saying snarky stuff to her neighbor during a class, it wasn’t without trepidation that I reached out to Philly fitness instructors and asked: What’s your biggest pet peeve?

Below, ten of their responses.

You probably, like me, thought that wearing some sort of tracking device to a workout was a signal to everyone in the room that you’re *serious* about your fitness. But guess what? Your trainer probably hates it.

“I despise Apple Watches,” says SLT and Flywheel instructor Kate DeGennaro. “It’s nearly impossible to ignore a text message in a 45-minute class when it’s blowing up on your wrist!”

Okay, yes, sometimes it’s the one hour a week you get to see that one friend from across town. But save the socializing for happy hour after class. For one thing, it ruins the mood for other people in class when you’re chattering over the music, says BPM Fitness co-owner Erin Moffitt. For another, it just means the instructors have to shout even louder.

“Instructors are already extending their voices over music and affiliated workout noises,” says Jaime Sutton, co-owner of J’aime Fitness. “Don’t make them compete with your conversation.”

And by “arriving late” we really mean: “not arriving early.” Especially if it’s your first session, instructors want you there at least 15 minutes before class.

“It’s not so we can give you a sales pitch; it’s so we can meet you, find out if you have any injuries, show you our equipment, and make sure you feel good going into class!” says Moffitt. “When you arrive late, it not only hinders the experience for all the people who came on time, it also takes away from the experience you could’ve had. If you’re running late, give the studio a call to see if you can change to a later class. We want you to come see us, but we also want to make sure you leave wanting to come back!”

We’ve all accidentally grabbed the hair tie we thought was the *good* one, only to find out the elastic is shot. But still, redoing your hair a million times in a workout is distracting — and it could mean you’re spending more time on your hair than the workout you’re paying to participate in.

Signing Up for Multiple Free Classes

So you know how there are some studios that offer your first class for free? Well, as tempting as it may be to create multiple accounts with multiple email addresses so you can keep riding the gravy train — maybe don’t. Instructors and studio owners notice.

“I think at the end of the day people sometimes forget that the studios they’re going to are businesses too, and specifically in our case, a small start-up!” says Moffitt. “By signing up for multiple accounts and trying to pull one over our heads, it devalues what we’re building and it also insults our integrity. We give that free class because we want to build our community and trust our community, but at the end of the day, we still have a business to run and we trust that the people coming to sweat with us support that too.”

This should be obvious, but somehow it still needs to be said. If you’re in a class or meeting with your trainer, maybe give Instagram the hour off, yeah?

“This can only take time away from the session and won’t help the client in the long run,” says Robyn Weisman of Results by RW Personal Training. “I suggest leaving the phone in the locker where it is out of reach. This time is meant for you!”

Not Asking for Help

Yeah, it’s a little awkward signaling an instructor and asking them for help setting up your equipment. But hopping on a bike or Megaformer without first adjusting it to your body isn’t a good way to get the most out of your workout.

“There’s always that one stubborn rider who thinks they know best and won’t let me adjust,” says Jenna Stern of Body Cycle Studio. “It kills me, especially when I see them fidget and get on and off the bike!”

Almost as bad as arriving late is arriving unprepared — not having eaten or drunk and water all day could leave you lightheaded in the middle of a class.

“Every client has unique needs to best prepare for a workout session,” says Sutton. “When they ignore that and show up without having eaten anything, no water, incorrect shoes, etc., it can throw off the whole session.”

Skipping Out on the Cool-Down Stretches

The workout isn’t over the minute the instructor stops shouting. The workout is over when it’s over — and that means after the stretching at the end.

“Think about it — no matter the workout — you’re pushing your muscles to failure asking them to shorten and contract,” say DeGennaro. “Isn’t it only right to lengthen and extend them as a courtesy?”

Not Cleaning Up After Yourself

While your trainer may boss you around, she’s not your mom — so don’t make her clean up after you. If you’ve taken out equipment, put it back. If you’ve touched anything — whether you got it sweaty or not — wipe it down.

“It’s usually then left to the trainer to clean up after everyone, and with short breaks between classes can cut into their only break of the day,” says Sutton.