Sweat Fitness at One South Broad Street Is Now Open

Yes, really! You can now work out at Sweat Fitness' flagship gym. 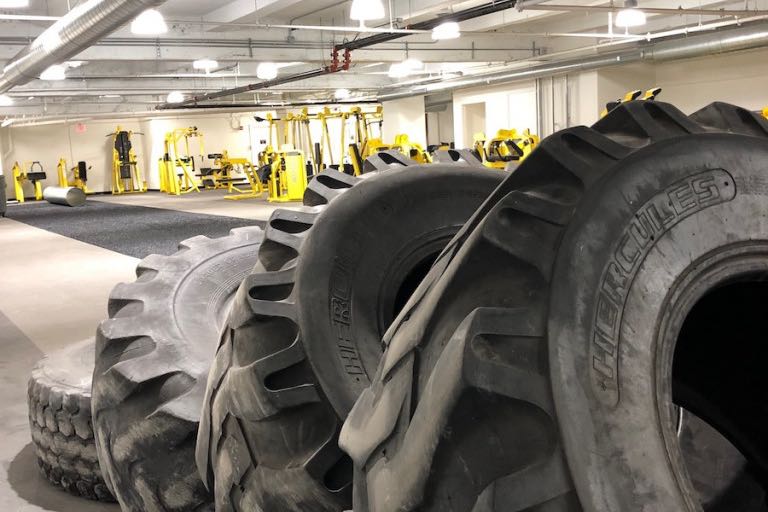 At 1:13 p.m., Be Well Philly published this article under the title: “Sweat Fitness at One South Broad Street Still Isn’t Open.”

At 3:15 p.m., Be Well Philly received a phone call from Sweat Fitness’ publicist: Sweat Fitness is now open, she said.

The publicist explained that she had just gotten a call from the president of Sweat Fitness, Tracy Shannon, who had called to say that they had just opened the doors at Sweat Fitness One South Broad Street — and not just for tours. Members can now, finally, work out at the flagship gym.

If you’ve been following the drama of Sweat Fitness’ delayed openings, then you know that this is kind of a huge deal, especially for the members who have eagerly awaited the chance to work out in the heart of Center City.

We have been keeping an eye on the gym for a while now. Though we reported over a month ago that Sweat Fitness would be opening their new flagship at One South Broad Street two weeks later, that didn’t happen.

As of this morning, the gym was waiting on one last permit before they could allow people to use their facility. They were however providing tours of the new space from 8 a.m. to 8 p.m. daily.

But now, over a year after the original opening date of February 1, 2017, Sweat Fitness at One South Broad Street is open. Hallelujah.