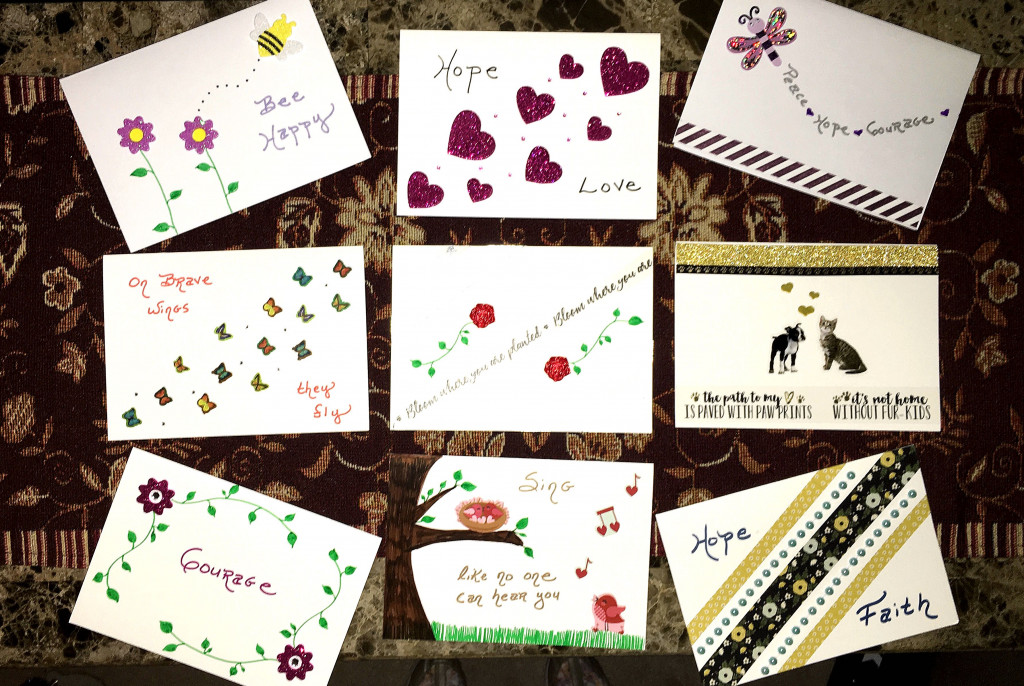 Weekday mornings are busy. There’s coffee to make, lunches to pack, teeth to brush, breakfast to eat, kids to shuttle to school. But one Philadelphian has added a unique element to her morning routine: writing cards to cancer patients.

Sharon Civa, who’s a Penn Medicine information technology officer by day, wakes up every weekday at 5 or 5:30 a.m. She then spends 30 minutes writing five to ten cards — however many she can complete before work. On Saturdays and Sunday mornings, she spends two hours decorating the outsides of the cards and envelopes, finishing off around 40 cards per week.

She’s done this for almost two years. In that time, Civa estimates she’s made over 4,000 cards.

All the cards Civa writes go to Hearts United Against Cancer (HUAC), a Southern New Jersey-based non-profit that creates care packages — which they call bundles — for cancer patients. Civa first came into contact with the organization when they sent her a bundle of her own. After being diagnosed with ovarian cancer in July 2015, Civa was in the midst of chemotherapy treatments when her landscaper stopped by to clean up her yard. Realizing she was sick, the landscaper submitted Civa’s name to HUAC, requesting a bundle on her behalf. 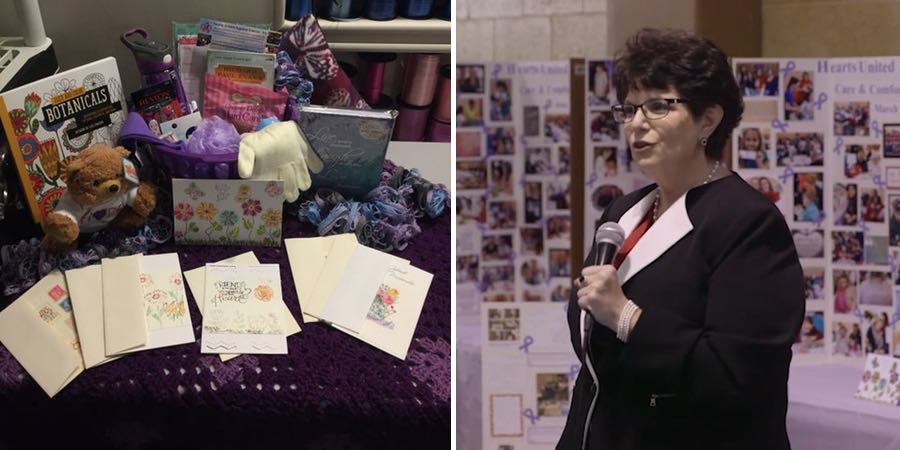 When Civa’s surprise package arrived, inside she found a homemade blanket, a scarf, a homemade card, books, candy, and toiletries. She was shocked and touched — and even more so, appreciative that each item seemed carefully selected for the cancer patient experience.

“It was from an organization that knew what it was like to go through cancer treatment, which was obvious by the things that were in this bundle — a blanket because you are always cold, hand lotion because your skin gets dry,” says Civa. “It just felt like, Hey, there are other people that know what it’s like.”

Civa finished her chemo in December 2015, and once she was well, she knew she wanted to find a way to give back. She did some research into HUAC, and liking what she saw, decided to attend one of their events. At the event, supplies for all the different elements of the bundles were spread out on tables, and volunteers went from table to table to work on different crafts. Civa tried her hand at making a blanket. Then she sat down to write some cards.

By the end of the event, she was hooked. She told an organizer she liked writing the cards and asked if they’d let her take some home with her. Armed with a stack of card stock, Civa’s letter writing days began. After discovering that the president of HUAC lives nearby, every few weeks Civa stops by and swaps her completed cards for blank ones. 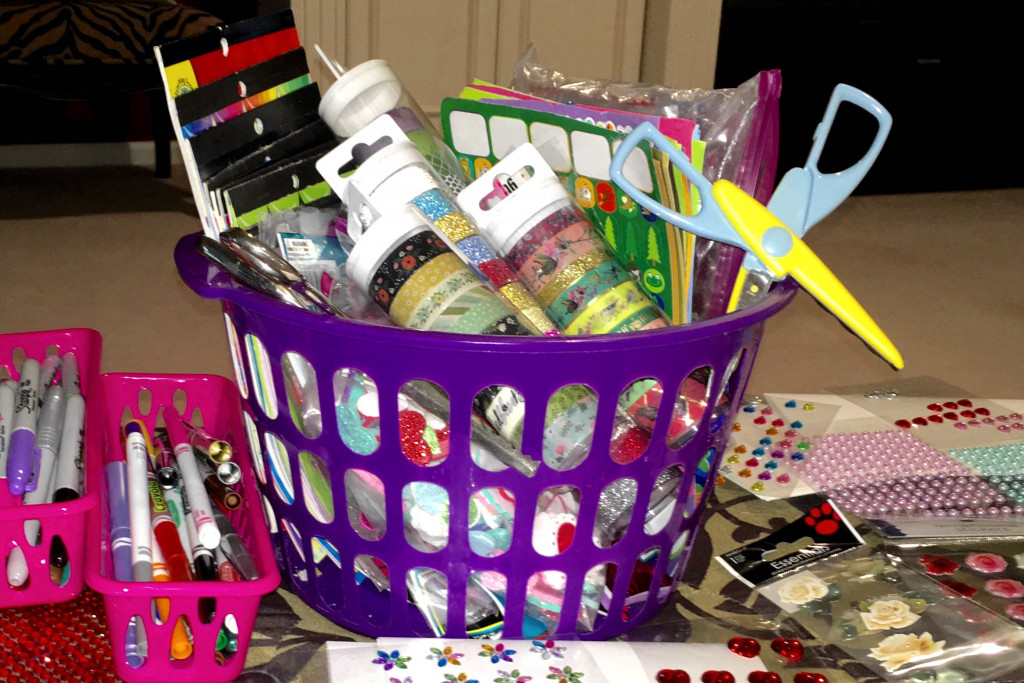 Each note Civa writes is addressed to “Dear Cancer Hero,” and on the inside, she transcribes the script provided by HUAC. She keeps a craft basket stocked with decals for decorating — from stickers to gems to hearts to cut-outs from recycled greeting cards. She also includes a Teddy Roosevelt quote into the top of every card: “Believe you can, and you’re halfway there.”

In Spring 2017, Civa’s employer, Penn Medicine, chose to honor her work with HUAC to receive a $2,000 grant from their Penn Medicine CAREs program. Civa says the money went towards supplies for another bundle-building workshop.

Though Civa hasn’t met most of the people who receive her cards, she’s still impacted by their stories. She herself puts in many requests for bundles — including for those she doesn’t personally know. When a friend of a friend was diagnosed with cancer and given just two weeks to live, she put in a request for an express delivery. Two days later, the bundle was delivered to the patient’s home. Civa later learned that the man died with his HUAC handmade blanket over him.

“It gave [the family] something else to focus on — a bright moment in a horrible, horrible situation,” says Civa. “That’s why I do it.”