Nope: It's not sugar. 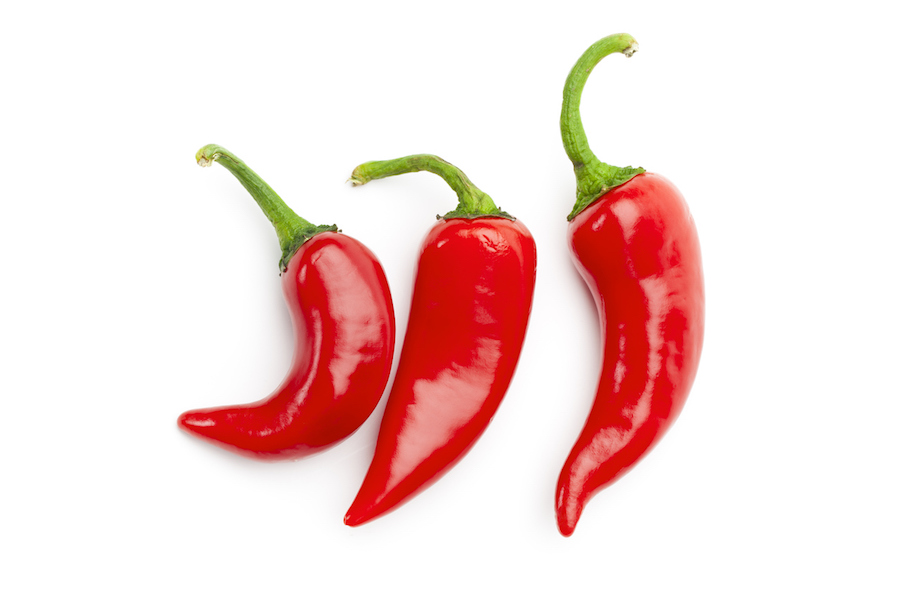 Lately, nutritionists and dietitians have been telling us that we’re eating too much sugar — but what about the salty stuff? It’s not breaking news that we’re consuming too much sodium. A 2016 report from the Center for Disease Control and Prevention that 89 percent of American adults are consuming waaay more than the recommended amount.

But according to Science Daily, a new study published in the American Heart Association’s journal Hypertension found one way to keep salt cravings at bay: eat more spicy foods. A pilot study from the same researchers found that capsaicin, the chemical that gives chili peppers their smell, enhances the perception of saltiness in food. To test whether that effect would reduce salt consumption, researchers studied over 600 Chinese adults and figured out their preferences for salty and spicy flavors. Then, they linked these preferences to blood pressure. They found that, compared to those who least enjoyed spicy foods, participants with a high preference for spice consumed less salt and had a lower total blood pressure.

Researchers also looked at two regions of the brain that are most involved in the perception of salty taste. They found that the areas stimulated by spice and salt overlapped, creating more brain activity in those areas. The increased activity likely made subjects more sensitive to salt, leading them to eat less of it, they think.

So, what does all of this mean for us? Researchers suspect that the more spice we incorporate into our diets, the less we’ll crave salty foods. Plus, spicy foods have a slew of other benefits like helping to prevent heart disease and cancer.

“If you add some spices to your cooking, you can cook food that tastes good without using as much salt,” said senior study author Zhiming Zhu, M.D., professor and director of the Department of Hypertension and Endocrinology at the Third Military Medical University in Chongqing, China in a press release. “Yes, habit and preference matter when it comes to spicy food, but even a small, gradual increase in spices in your food may have a health benefit.” Heard.