5 Awesome Fitness and Foodie Things We Wish Were in Philly Don’t get me wrong: I love Philly. This city of ours boasts tons of my favorite fitness and foodie stuff that you can’t find anywhere else—I mean, hellooo, runs on the Schuylkill Banks Boardwalk, and HipCityVeg. But every now and then I come across something that sounds so, so awesome and realize that, even with all the wonderful stuff we do have, we don’t have that. And then I begin pining for it. So I figured I’d share some of the things I’m pining for with you guys, so we can pine for them together. Here, five fitness and foodie things in other cities that we wish would pop up in Philly.

If you’ve been to New York City recently, you’ve probably stopped by The High Line, the elevated train tracks that have been turned into a public park and walking path. Well, Minneapolis has something similar but—dare I say it?—better. The city has transformed much of the old railroads that run throughout the city into The Midtown Greenway, a 5.7-mile freeway designed for bikers, runners and pedestrians, where one can commute to work without fear of being doored by a car—because there are none! Doesn’t that sound lovely?

The good news for us is this: The Rail Park, which will turn the old elevated railroad tracks throughout Philly into a park, is in the works.

I was scrolling through Twitter this morning when I came across an article in The Atlantic about Farmer’s Fridge, a Chicago-based salad company that slings their freshly-made food from vending machines throughout the city. The salads—stuffed with seasonal goods like roasted parsnips, pumpkin seeds, Brussels sprouts, and more—are made fresh every morning, and served in mason jars, no less. Best lunch ever, right? Oh, and did I mention the vending machines are constructed out of reclaimed wood? Now, who else is dying for them to come to Philly?

The only problem: If we had one of these vending machines in the Philly Mag offices, I would probably never leave.

You know when you get really deep into an Instagram stalking hole (Just me?) and you come across a cult of people you never knew existed on planet Earth? This is how I found out that, weirdly, there are fan pages devoted to Tess, that girl from the so-bad-it’s-good E! show Pretty Wild that was cancelled after one season, like, 10 years ago. And this is also how I discovered, way back when, that there is an entire community of people out there who are absolute SoulCycle junkies. How do I know they’re SoulCycle junkies? Easy: They Instagram selfies of themselves in class, fully decked out in SoulCycle gear, with hashtags like #WouldDieWithoutSoulCycle.

But I haven’t had the chance to find out if I would be an absolutely obsessed, #WouldDieWithoutSoulCycle, SoulCycle junkie, because they have yet to set up shop in Philly (despite the desperate love letters we’ve written to them). What gives, guys? They did just open up in D.C., though, so keep your fingers crossed that we’re next in their list.

A few years back, Be Well editor, Emily, took a trip to San Francisco and stumbled upon an adult jungle gym. An adult jungle gym, you guys. Okay, okay, so it’s not technically called an adult jungle gym—it’s called a Fitness Court—but it might as well be. The outdoor space, complete with boxes, rings, bars, and more, is essentially a free mini gym. Throughout the week, trainers host free boot camps and fitness classes using the equipment, and when that’s not happening, anyone and everyone is free to use the equipment on their own. How awesome would it be to have something like that along, say, the Schuylkill Banks? Am I right?

In Chicago, there is a magical place called the McDonald’s Cycle Center, a huge indoor bicycle commuting center complete with tons of bike parking, lockers, showers (!!), a bike repair shop, and more. Tell me, how many times have you biked  to work on a humid summer day, arrived dripping with gallons worth of sweat, and wished with all your heart that there was a shower—any shower!—for you to use? So many times, right?

Lucky for us, we’re one step closer to having a magical bike land, thanks to the sweet new bike parking facility that will soon be coming to SEPTA’s South Broad Concourse.

5 Fitness and Foodie Things We Wish Were in Philly 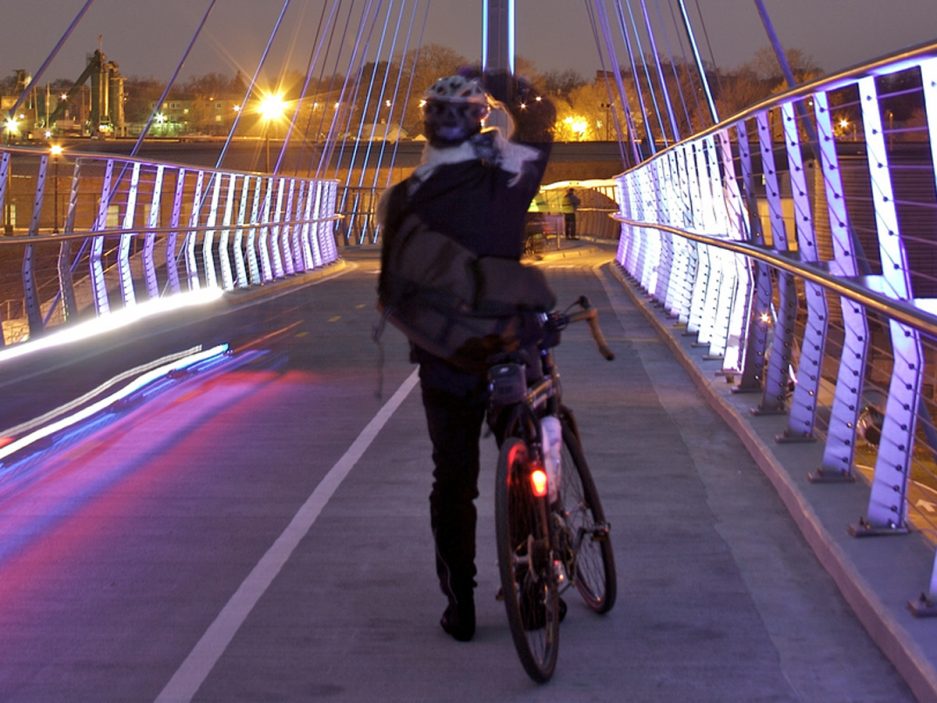 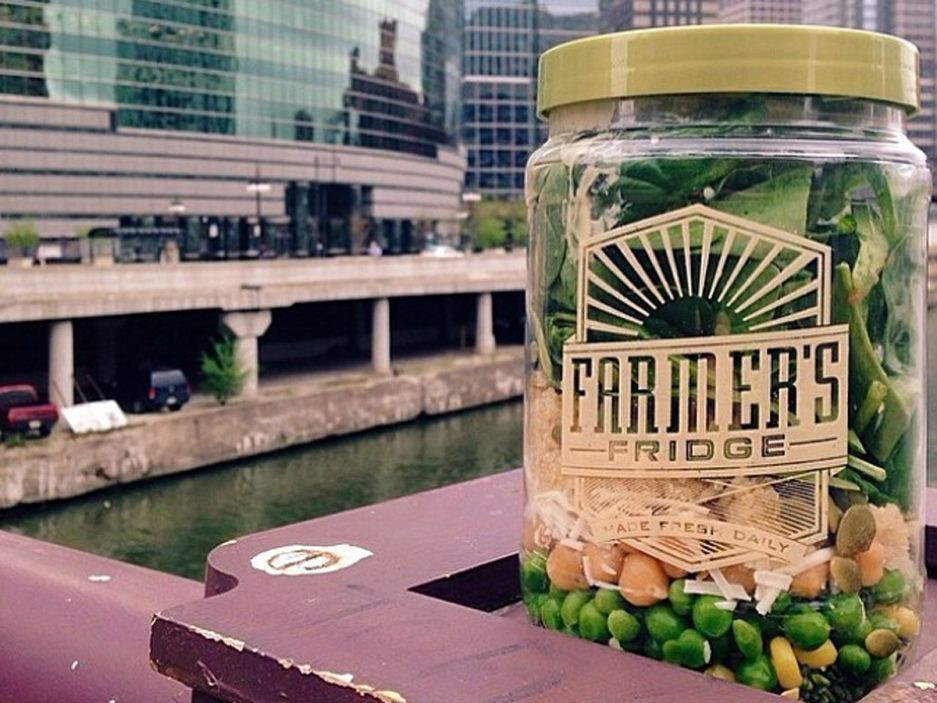 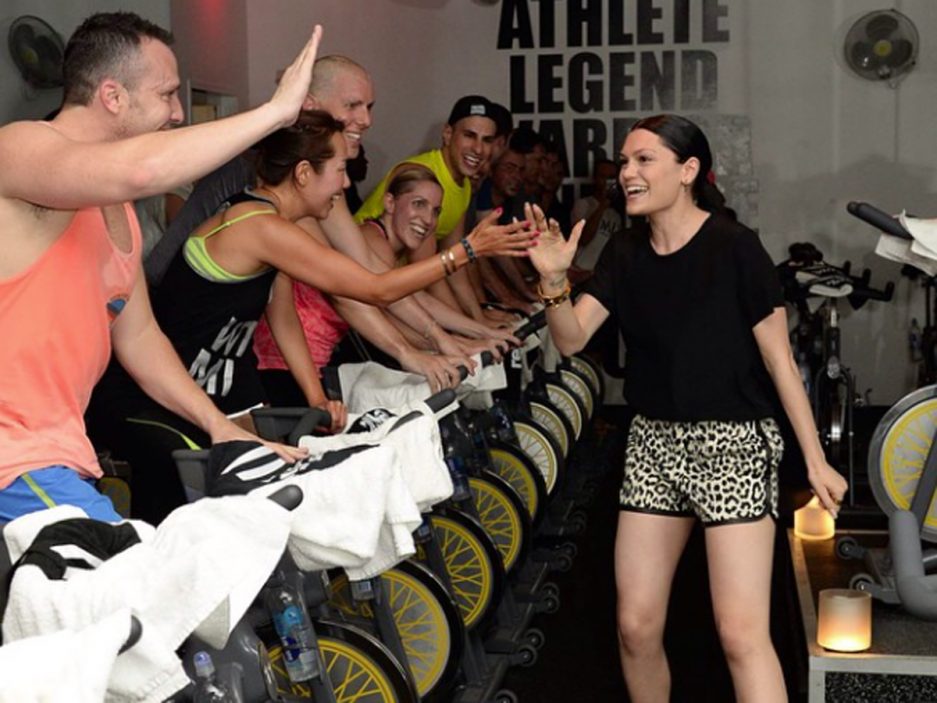 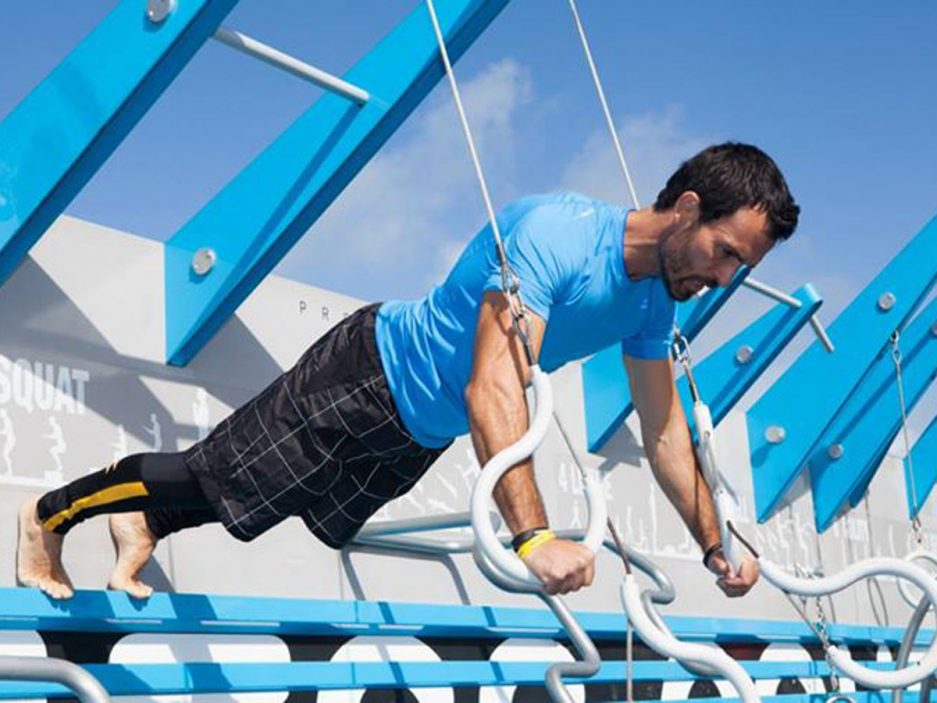 A Fitness Court in San Francisco 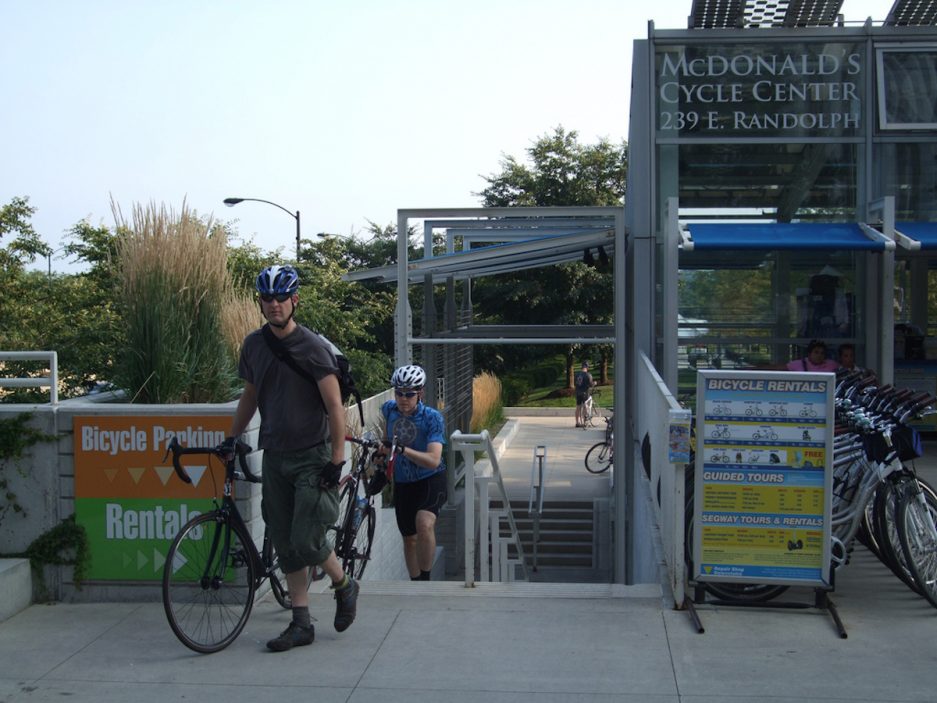