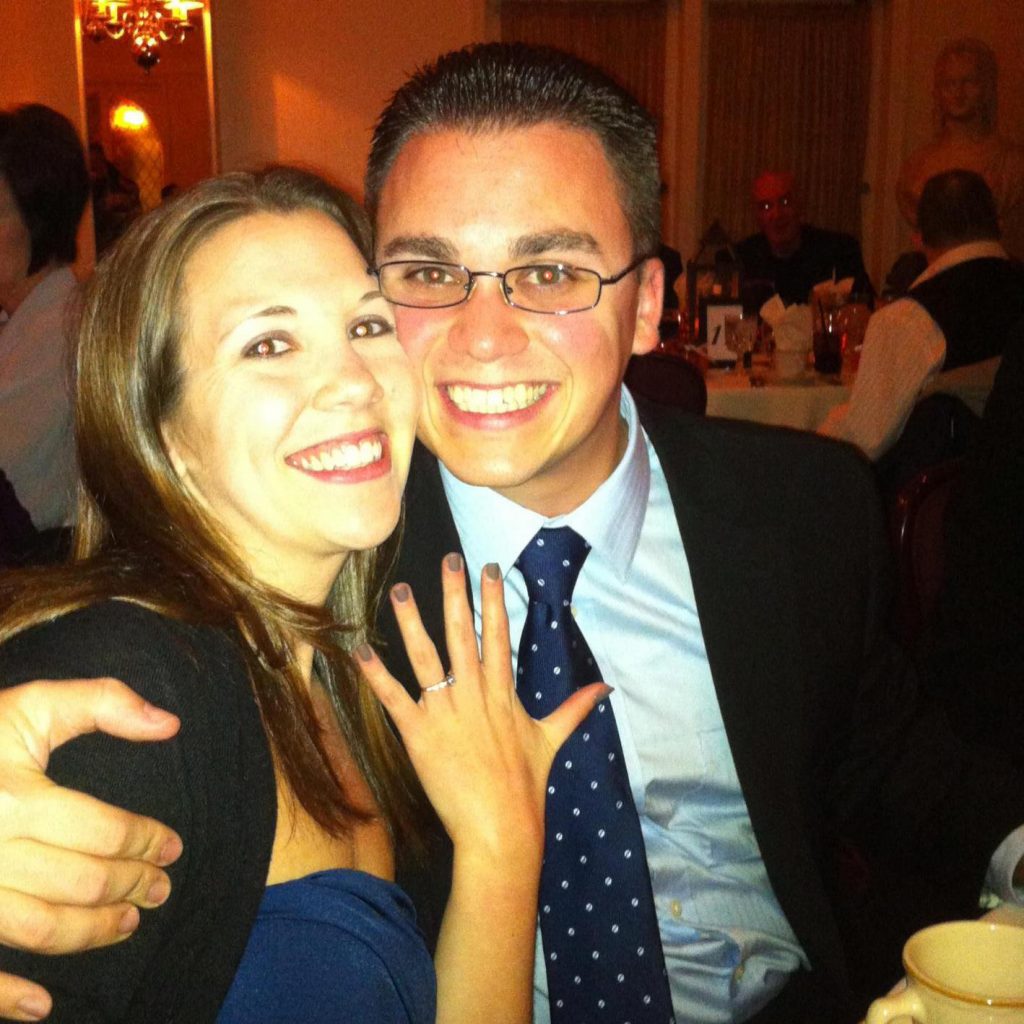 How we met
Mike and I went to Catholic high schools next door to each other but never met. We met when we were in college through a mutual high school friend and instantly became friends for a few months before dating. Our first official date was Mike’s cousins wedding on New Years Eve, 2004. We have been together for 8 wonderful years!

Our engagement story
October 19, 2012 was Mike’s 29th birthday. I thought we were on our way to his birthday dinner in Rittenhouse Sqaure when he told me he wanted to see an “art exhibition” they were holding in Rittenhouse. When we got to the “art exhibition” there were 14 6-foot panels filled with pictures of us throughout our 7 years of dating. The song “Sweet Disposition ” started playing and the panels surrounded us in a circle so no one could see or hear us. Mike started reminiscing about all of the wonderful experiences we have captured in these pictures but there was one more picture that he wanted, and he wanted it perfect from every angle. Just then the music got loud, the panels dropped and he was on his knee with the most beautiful ring. All I could do was shake my head “yes” and I looked around and saw our immediate family and closest friends were the ones that were holding the panels and they got a picture of the proposal from every conceivable angle.

Mike set up a cocktail party at Square 1682 to celebrate afterwards. It was the most extremely shocking, perfect moment and I am the luckiest girl in the world to marry someone so thoughtful and creative.

Mike’s sister is a graphic designer also and created the most beautiful video capturing this amazing proposal: