Nicholas Ducos and Francesca Galarus are making French-inspired wines from locally grown grapes in an industrial space in Kensington. 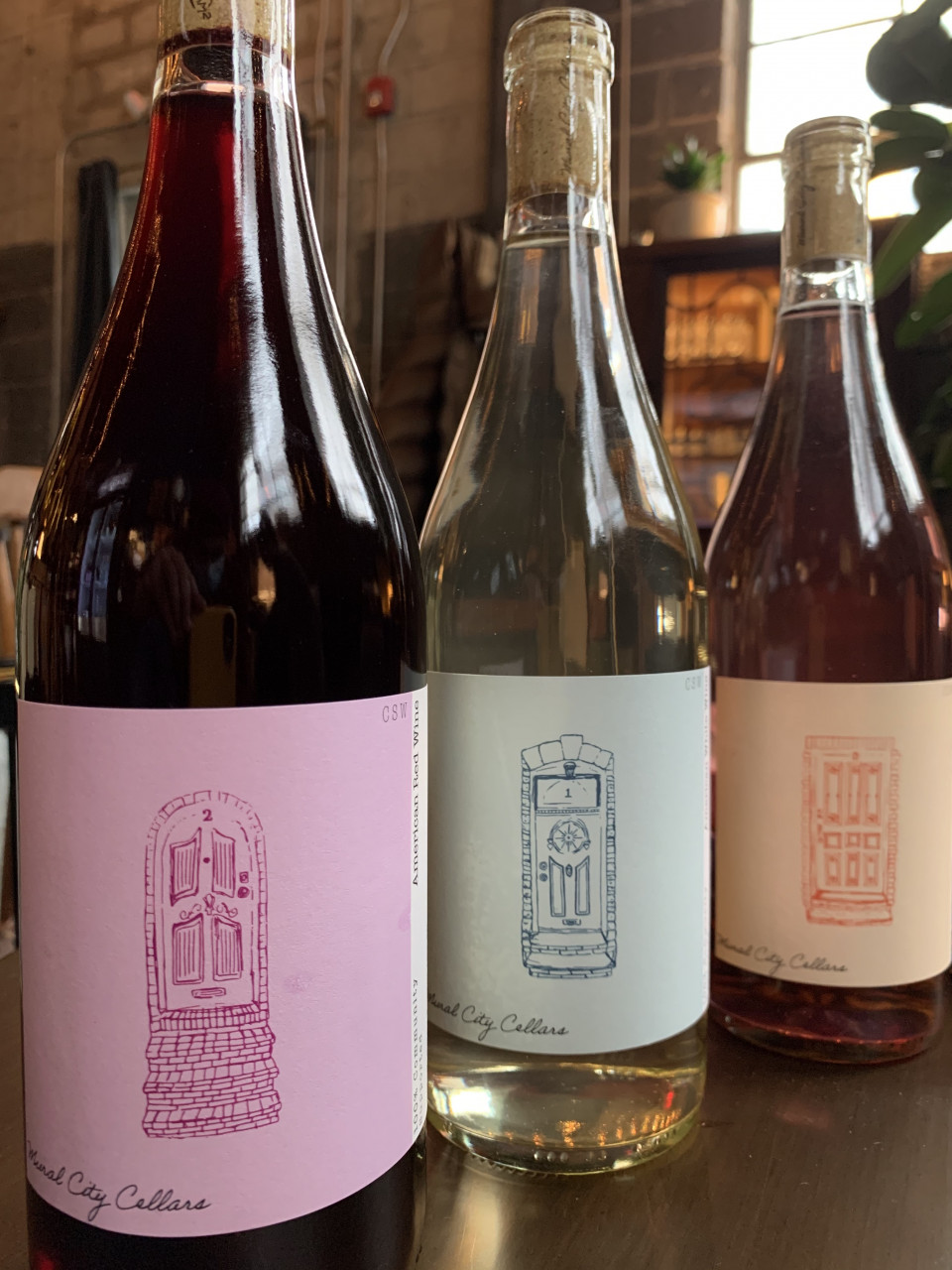 On January 30th, Nicholas Ducos and Francesca Galarus opened Mural City Cellars, bringing Philadelphia its first locally-focused urban winery. The couple’s wines use only locally-grown grapes, which are brought in from within a 300 mile radius and vinified on site.

The CSW program is set up similarly to a CSA: members pay up front for the year or half year and get two bottles a month, plus a ten percent discount on Mural City’s other wines. Fifteen percent of the membership also gets donated to the neighborhood association and the Mural Arts Project.

Ducos and Galarus both grew up in the Philadelphia area, but met while working in the hospitality industry in Miami, where Ducos became interested in the production side of wine.

“I decided I needed to do it to truly understand it,” Docus said. “I soon as I did my first week, learning how to work the grape press and doing punch-downs, and filling barrels, I was like ‘I’m never going back to restaurants.'”

He spent a season working in Northern California, and another season in New Zealand, where his education focused more on white wine, which he says has informed his work with grapes grown in the Philadelphia region.

Many of the wines that grow best in this are are hybrid varietals — grapes that have been cross-pollinated with French varietals to American rootstocks. According to Ducos, this results in grapes that have the fruit-forward qualities common in French wines, but that can withstand the colder weather of the region.

“For me, the East Coast should be white wine and sparkling wine first, and then focusing on red wines later,” Ducos said. “Because there’s less sunlight, the grapes just don’t get ripe enough on the East Coast to get the deep color and concentration that you need for red wine. But, if you pick them a little earlier, you can make really amazing rosés and white wine with high acidity.”

The wines that are currently available at the shop are all from the 2019 grape harvest, which were made offsite. Coronavirus restrictions delayed Ducos’ and Galarus’ access to the Mural City space, ultimately causing them to miss the 2020 grape harvest. It also affected their plans for the company — which they originally planned to open as more of a wine bar. Now, they’re running the space as a retail market, with plans to open it up to small-group tours and tastings.

“We really want to give individualized experiences to people,” Ducos said. “I think it’s nice to sit down with the winemaker and a few friends. It’s different from anything you’ll get at a brewery or distillery, and I think we’re going to roll with that for a while.