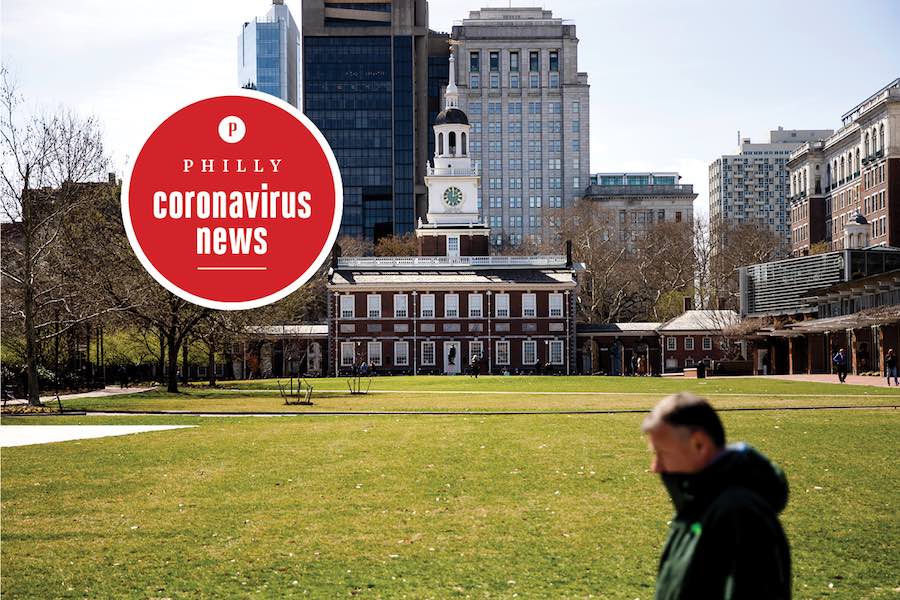 Independence Mall has been closed amid the Philadelphia coronavirus crisis. (AP Photo/Matt Rourke)

With the city’s Monday announcement that all Philadelphia bars and restaurants had to close immediately (exception: food takeout and delivery) — and that Penn has moved its May graduation to a virtual ceremony, yikes! — this coronavirus business is all beginning to sink in a bit more.

Philadelphia has, effectively, shut down. The standstill has begun. And, at least if you’re this reporter, there’s a lot of Scrabble in your future.

The city’s business shutdown order extended beyond just bars and restaurants. And there is some confusion out there over what can remain open and what cannot.

Here’s How Long Until a COVID-19 Vaccine Is Ready
Coronavirus Canceled Our Wedding, But We Got Married Anyway
Restaurants Get Creative Amid the Coronavirus

On Monday afternoon, the city said that only “essential” businesses can remain open. Here’s a list provided by officials of what would fit into the essential column:

But then, officials provided an “also deemed essential” list, which appears to have added to the confusion. Here’s how that reads:

A layperson’s reading of that would suggest that basically any business that happens to have Tide laundry detergent for sale could, in theory, remain open. The city is expected to provide clarity on the shutdown orders in the coming days.

It Took the Coronavirus to Chill Out the PPA

So Philly is grinding to a halt. Most businesses have been forced to close. But because we as Philadelphians have been programmed to hate or at least distrust the Philadelphia Parking Authority, it’s easy to assume that life goes on as normal for the PPA. And could you imagine what would happen to your stress level if you went outside in two weeks and found a bunch of parking tickets on your car?

A PPA spokesperson tells Philly Mag: “The PPA will focus on safety violations.” The spokesperson said that the PPA will not ignore “blatant violations that pose a threat to public order such as double-parking, loading zone violations, etc.”

Later on Tuesday, a PPA official clarified the matter, saying that agents won’t issue tickets for minor infractions such as expired meters.

Here’s the Real Deal on Booze, Beer and Wine

When we originally heard that state stores in the suburbs were closing, there were those who said, Well, we can still order online. Nope.

On Monday afternoon, the Pennsylvania Liquor Control Board announced that it had shut down all online sales. And while the fate of Philly’s liquor stores was uncertain, it’s now certain. All state stores in Philadelphia will close at 9 p.m. on Tuesday, and it’s anybody’s guess when they will actually reopen. So if you hit the state store over the weekend and stocked up your bar, consider yourself lucky. If not, well, send us photos/videos of Tuesday’s state store craziness.

According to a PLCB spokesperson, bars and restaurants that already had takeout permits for beer are allowed to continue selling beer, even if the restaurant has stopped operating its kitchen. And businesses with wine-to-go permits can continue selling wine to go. Your local Giant? Yep, they can keep selling. And breweries, wineries, and distilleries are allowed to remain open for off-premises consumption.

Note that you cannot buy more than 192 ounces of beer and three liters of wine in a single transaction.

There have been some mixed messages about what we as Pennsylvanians should be doing right now. Are we supposed to just lock our doors and stay inside until this thing passes? Can we go for a walk? Can we take a hike? A bike ride?

For some clarity, we went to Pennsylvania’s department of health. A spokesperson there told us that not only can we get out and move, but the office encourages it, as long as folks continue to practice proper hygiene and maintain good social distancing habits.

Even in San Francisco, which is under a much more dramatic lockdown than we are (currently) experiencing in Philly, you’re allowed to go for a hike.

“You will still be able to walk your dog or go on a hike alone, or with someone you live with, or even with another person as long as you keep six feet between you,” a San Francisco health official said at a press conference this week.

Not sure where to go? We compiled some local hikes (with waterfalls!) and bike trails for you.

Now, you may hear that Pennsylvania has closed some state parks. In some cases, that’s true, but the trails in those parks remain open. There’s just no staff or facilities.

We went to Heinz Wildlife Refuge near the airport on Sunday. It was packed.

So get out there, Philly. It’s supposed to be in the 70s on Friday. Yeah, it might be a little rainy, but something tells us that you won’t melt.