7-Year-Old Girl Was Viciously Bullied and “Slut-Shamed” at This Philly School, Says Her Mom

Nakita Sibert-Mosley has filed a lawsuit against the Philadelphia School District on behalf of her daughter. 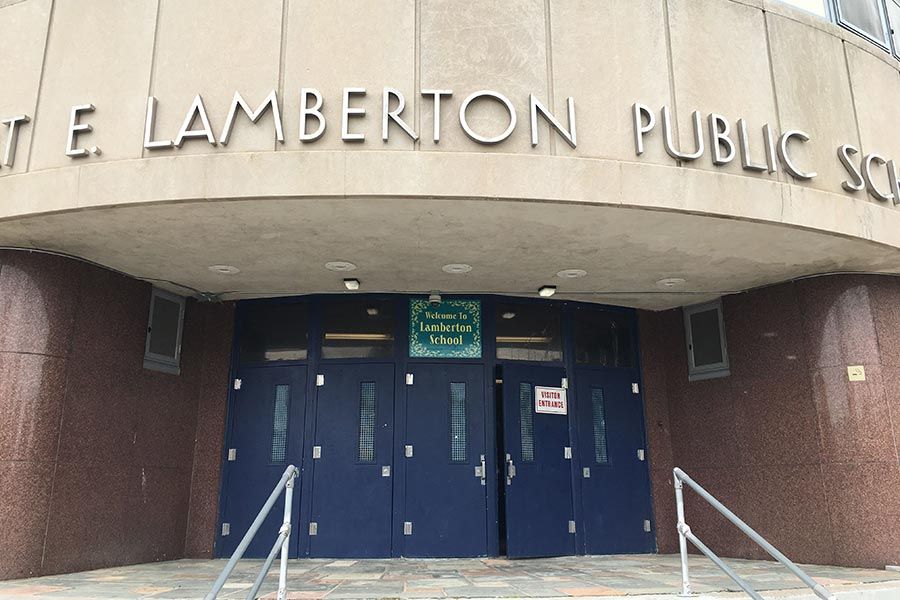 A Philadelphia woman has filed a lawsuit against the Philadelphia School District over shocking allegations of abusive behavior directed at her daughter by other students in elementary school — and over the “indifference” that administrators showed in response.

According to the lawsuit, filed last week in Philadelphia’s federal court, Nakita Sibert-Mosley’s daughter was the victim of severe bullying at the hands of other students at the Robert E. Lamberton School, located at 75th and Woodbine in the Overbrook Park section of Philadelphia, mere blocks from the highly rated Lower Merion School District.

Sibert-Mosley’s daughter attended the Lamberton School during the 2017–2018 academic year, when she was in second grade. In the lawsuit, Sibert-Mosley claims that she noticed something was wrong almost immediately after the school year began.

On September 22, 2017, the daughter arrived home from school with a bruise on her head. Later that month, claims the suit, she came home from Lamberton with injuries to her knees, face, and hands. Sibert-Mosley says that she contacted the school repeatedly that month about the injuries but got no answers, so she went to the school to meet with administrators in October.

But according to Sibert-Mosley, the matter wasn’t handled. She claims in the suit that her daughter was afraid to go to school and that she continued to come home from Lamberton with injuries.

On October 10, 2017, Sibert-Mosley says she filed a formal Bullying and Harassment Reporting and Investigation Form with the school district, and she attached to it a journal that her daughter had been keeping. According to the lawsuit, “the journal described boys in school calling her a ‘bitch,’ saying that she was ugly, and slut-shaming her.”

Sibert-Mosley claims that school district administrators did not respond to her bullying report within the deadline set forth by the district, so she decided to go to the school district’s main administration building. There, claims the suit, she got no answers. Meanwhile, she says, things didn’t improve for her daughter, who, again, was just seven years old.

“As the District continued to take no action on the bullying complaint, [Sibert-Mosley’s daughter] continued to report that other students hit and kicked her, verbally harassed her in class, and targeted her for inappropriate sexual jokes and questions,” reads the suit.

Sibert-Mosley’s lawsuit goes on to claim that after a December 2017 incident that allegedly involved a student pulling her daughter’s hair out of her head, Sibert-Mosley visited the school district administration building on a weekly basis, but to no avail.

On March 12, 2018, Sibert-Mosley maintains, she received a call from the Lamberton school nurse, who told her that her daughter had been scratched in the face with scissors by another student. That night, according to the mom, the girl said that she wished she were dead.

The girl also allegedly told Sibert-Mosley that a boy at the school had said something to her about rape, a conversation the daughter says she reported to a teacher. Sibert-Mosley addressed the claim with Lamberton’s principal at the time, and, according to the suit, the teacher denied that the girl made any such disclosure to him.

Soon after, Sibert-Mosley withdrew her daughter from Lamberton and placed her in another school in the district.

The suit, which seeks unspecified damages, accuses the school district of violating Title IX by allowing a hostile environment of sexual harassment to exist and failing to properly investigate it. The suit also accuses individual Lamberton teachers and officials of “negligent infliction of emotional distress.”

We take any report of bullying very seriously. Bullying has been impacting communities nationwide and we are committed to confronting it head on.

We continuously emphasize to staff and students that bullying and harassment are unacceptable, and we encourage students and families to contact us when they have concerns.

We have a strict policy that prohibits bullying, and we do all that we can to prevent bullying by implementing Positive Behavior Interventions and Supports, youth court, restorative practices and trauma-informed care in all schools.

When bullying does occur we strive to respond immediately. Our staff has been trained about how to both recognize and report cases of bullying and we have more climate staff in our schools ready to handle related incidents. We will continue these efforts.

We are thankful for every member of our community who is doing their part to prevent bullying before it happens and to fully address it when it occurs.