The country’s first hologram concert tour is coming to Philly. Aren’t we lucky? 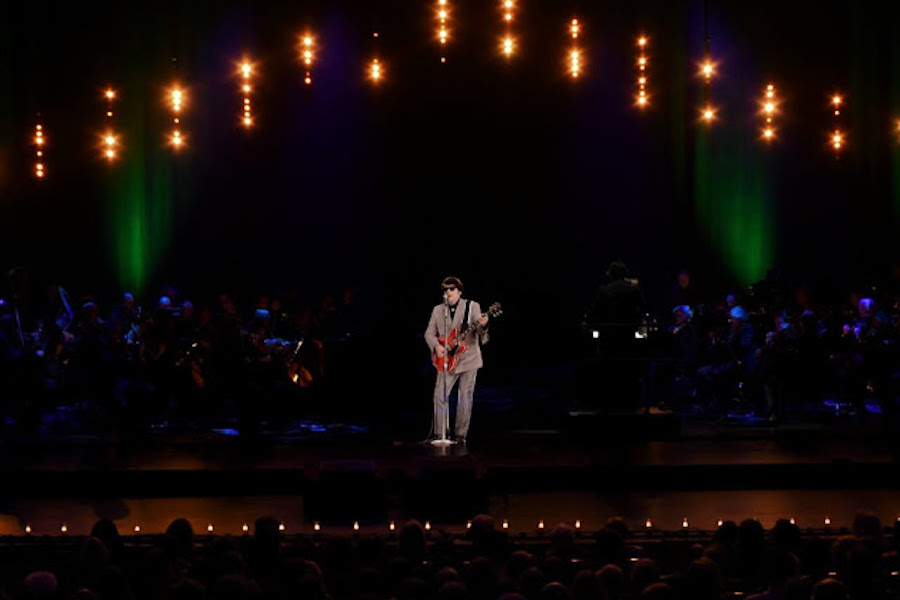 A promotional still from the Roy Orbison hologram concert tour. (Image via Base Holograms)

I’ve been hearing rumors of hologram concert tours coming to the United States for six years now, ever since the Tupac Shakur hologram made its controversial debut at Coachella in 2012. But they’ve only amounted to rumors … until now.

For better or for worse, the era of the hologram concert is finally and officially here, and Philly will not be spared this newfangled technological scourge.

The voice will be the voice of Roy Orbison. The three-dimensional image on stage will be that of Roy Orbison, or at least a CGI replication thereof. And the accompaniment will come from a combination of pre-recorded tracks and live orchestral music from the Philly Pops. 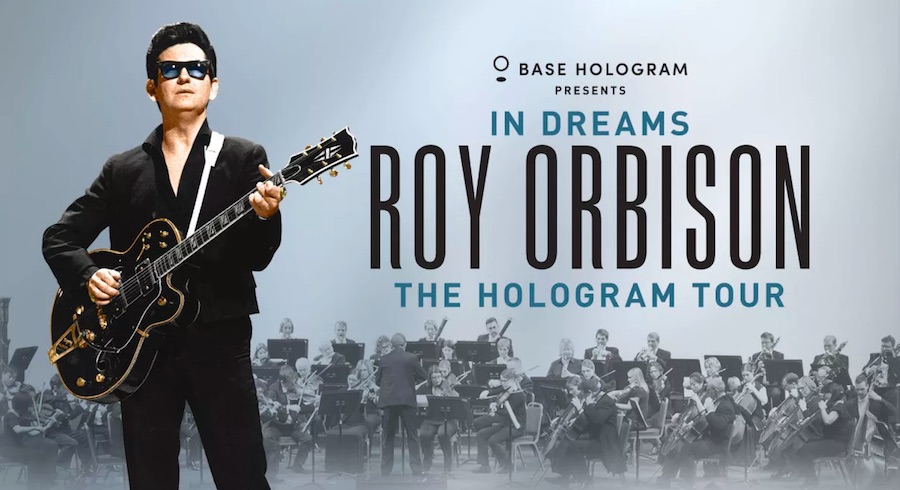 A promotional image from the Roy Orbison hologram concert tour.

When he (it?) performed at London’s legendary Hammersmith Apollo, which in its glorious past hosted everybody from Ella Fitzgerald to the Beatles to Queen, British music critic Neil McCormick wrote in the Telegraph that it was “a live hologram show that’s about as dead as can be.”

McCormick observed that the detail on the hologram was “superb” but that the audience just didn’t seem into it, according to his review.

“[T]here was no real audience interaction or participation, no singing along to those almost irresistible choruses,” he wrote. “Even brief outbreaks of clapping-in-time petered out very quickly. Applause was underpinned by nervous laughter, as if everyone in the room was struggling with the irony of audibly endorsing someone who wasn’t actually there to appreciate it.”

After the Tupac Shakur hologram came to Coachella — below is a NSFW clip of real Snoop Dogg sharing the stage with hologram Tupac — there was talk of a tour. It never happened.

One year after the Tupac hologram came the Ol’ Dirty Bastard hologram, which allowed the long dead rapper to reunite with Wu-Tang Clan.

Then a Michael Jackson hologram pretty convincingly moonwalked at the Billboard Music Awards. It resulted in a since-settled lawsuit.

The only real hologram tour prior to the Roy Orbison one was an attempt to convince fans of deceased Black Sabbath vocalist Ronnie James Dio to rock out to a hologram version of the heavy metal god.

The Ronnie James Dio hologram performed at the ginormous German music festival Wacken (above) in 2016. And it later went on a small European tour. Reviews were mixed. And plans to resurrect Ronnie James Dio in the United States for a full blown hologram tour were put on hold earlier this year.

You can probably tell that I’m not a big fan of this hologram concert phenomenon. Sure, you could say that this isn’t really any different than when Natalie Cole used to exhume her dear old dad Nat King Cole to sing a duet of “Unforgettable” with her. But it’s not the same. Not at all. That Nat King Cole footage was obviously old. It was merely video and audio synched to a click track, to which the daughter sang along.

The problem with these concert holograms is that they are trying to be too lifelike. That’s their whole point in existing — to create a suitable substitute for a dead celebrity so that the deceased’s estate or whoever holds the relevant rights can continue to rake in more money. And the result is a perfect example of the uncanny valley effect playing itself out.

In case you are unfamiliar with the uncanny valley effect, it hypothesizes that the more designers try to make things seem as humanlike as technologically possible, the more real humans become revulsed or creeped out by them when their inconsistencies with real humans — even the tiniest of inconsistencies — become apparent.

Well, I’m revulsed and creeped out, and I haven’t actually seen any hologram concerts in person yet.

I guess I’d be a little more inclined to open my mind to the hologram concert idea if it were more to recreate a particular historical musical moment in the most realistic way possible. If offered the chance to “be there” when Led Zeppelin played three sold-out shows at Madison Square Garden, just to name one example, I’d probably bite at it. Live Aid: The Hologram Experience, anyone?

But we’re a long, long way off from hologram technology being anywhere even remotely close to having the capability to “re-create” a full show like that. And I’m not sure we should even try. Maybe things happen and we miss them and that’s OK. Maybe our favorite singers just die and they can “live on” in video footage or through actually living musicians who cover their work. As we’ve learned so often from our technological advances, just because we can do something doesn’t mean we should.