Ex-Eagle Jon Ritchie Back on WIP After Arrest

The midday host and former fullback was charged with DUI and simple assault after the Eagles parade. 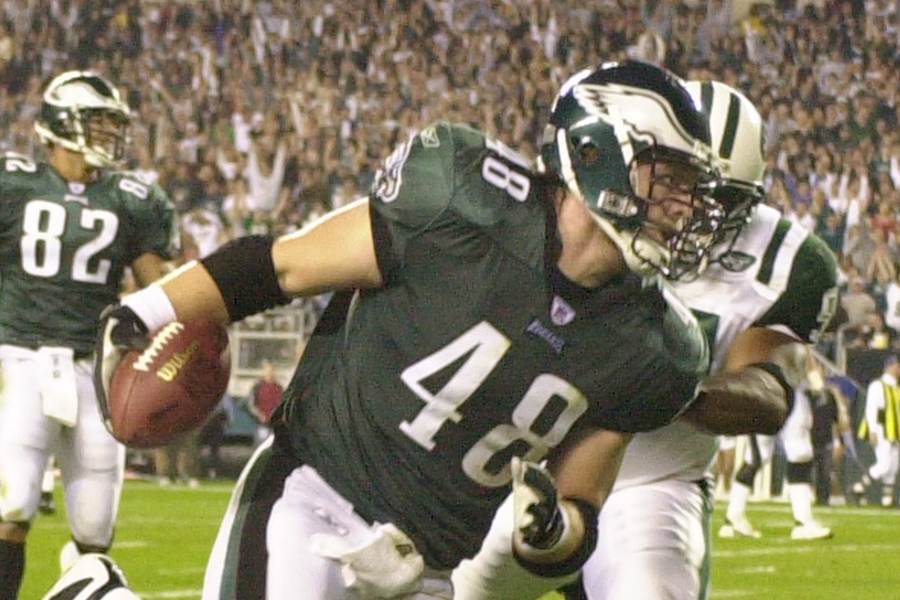 WIP midday host and former Eagles fullback Jon Ritchie was back on the air on Tuesday following a brief leave of absence after his arrest on DUI, simple assault, and reckless endangerment charges on the day of the Eagles Super Bowl parade.

Pennsylvania state police tell Philly Mag that Ritchie was booked in connection with an accident on February 8th. Police would not disclose the location of the incident, and it is still unclear whom the Bryn Mawr resident allegedly assaulted or when.

During his show today, Ritchie admitted to being involved in an accident on the day of the parade but would not comment further for legal reasons. His initial hearing is scheduled at Philadelphia’s Criminal Justice Center on March 14th at 10 a.m.

Listeners had a range of opinions on Ritchie’s return:

So who will be Jon Ritchie’s replacement?

@SportsRadioWIP basically saying it’s cool to drive drunk and be back to work the next day but fire someone over a picture. Jon Ritchie is boring as hell to top it off. @JoshInnesShow ludacris

@SpikeEskin If Jon Ritchie ran someone over while drunk driving, would he have been suspended for more than one day? I like Ritchie, but that shit shouldn’t be a wrist slap, Spike!

The Stanford grad played for the Birds from 2003 to 2004 and ran for a Pennsylvania state Senate seat in 2016. A Republican, Ritchie finished second in his party’s primary, but won the Democratic nomination thanks to write-in votes. He declined to run in the general election.