Is Philly’s Biggest-Ever Kickstarter a $2.2 Million “Rip-Off” or Just Behind Schedule?

South Philly engineer Kurt Swanson raised big bucks to bring to life Noria, an air conditioner that promises to change your world. But that hasn't happened just yet. 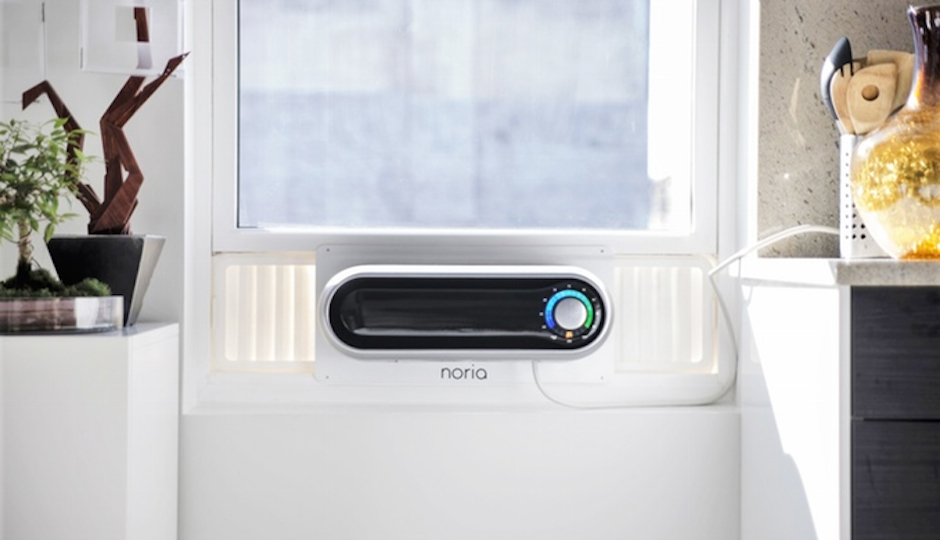 A design prototype of the Noria air conditioner used in the crowdfunding campaign.

In the olden days — meaning ten years ago — if you had a great idea for an invention or product, you’d have to find a rich relative or other well-heeled investor to back you … or max out all of your credit cards and take out a second mortgage on your home. These days, all you have to do is launch a Kickstarter campaign, and that’s precisely what South Philly engineer Kurt Swanson did.

Last year, Swanson and his team at Washington Avenue’s Likuma Labs launched campaigns on Kickstarter and Indiegogo for Swanson’s great idea: the Noria air conditioner. He came up with the concept for Noria in 2012, spent the next four years designing and engineering the innovative machine, and was finally ready to raise the money required to bring Noria to fruition.

Noria would be low-profile, taking up less than six inches of vertical window space. Noria would be quiet, registering at 50db, or about the same amount of noise as created by a moderate rainfall. Noria would be sleek and attractive. And Noria would be easy to install and smart, allowing you to control it from anywhere in the world.

Who wouldn’t want all of that?

The press ate it up. Stories popped up in numerous outlets.

“Can this Philly company revolutionize the window air conditioner?” asked Inquirer writer Samantha Melamed in an April 2016 feature. “We’re glad to see someone improving on a technology that’s been essentially the same since 1947,” observed New York Magazine. “Finally an air conditioner that won’t break your back or block your window’s view,” noted The Verge in a Facebook post and video that got close to one million views.

And as the Noria message spread, contributions went skyward. 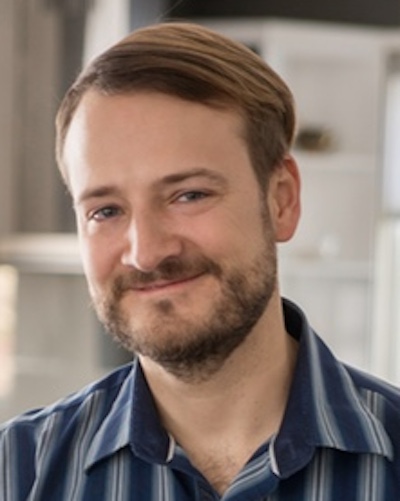 “WE HAD NO IDEA what would happen when we launched,” Swanson, 33, told us during a phone interview from China.

The Kickstarter campaign sought $250,000 in financing, offering pre-orders of the Noria for as little as $249. Nearly $1.5 million was raised.

One of those Kickstarter backers was Edward Armm, a disabled veteran living in New Jersey.

“I wanted to get an air conditioner for my bedroom,” says Armm, 66. “I’m on a fixed income, but I had $300 allocated to buy a window air conditioner. I saw this and thought it was a little hipper to support a startup than to go out and buy some name-brand thing off the shelf at Costco, so I took a gamble.”

Armm says that he forked over about $340 to the Noria Kickstarter campaign and expected to receive his unit in March, the “estimated delivery” date stated on the Kickstarter page.

Meanwhile, the Indiegogo campaign saw about $700,000 in contributions.

Swanson couldn’t believe it when he learned that he had $2.2 million in backing without ever walking into a bank. More than 5,000 people got behind Noria, and the air conditioner became the most funded project ever in Philly or Pennsylvania on either crowdfunding site.

“It was such a humbling experience,” says Swanson. “To have all those people put their faith in me.”

Faith is a good word for it. 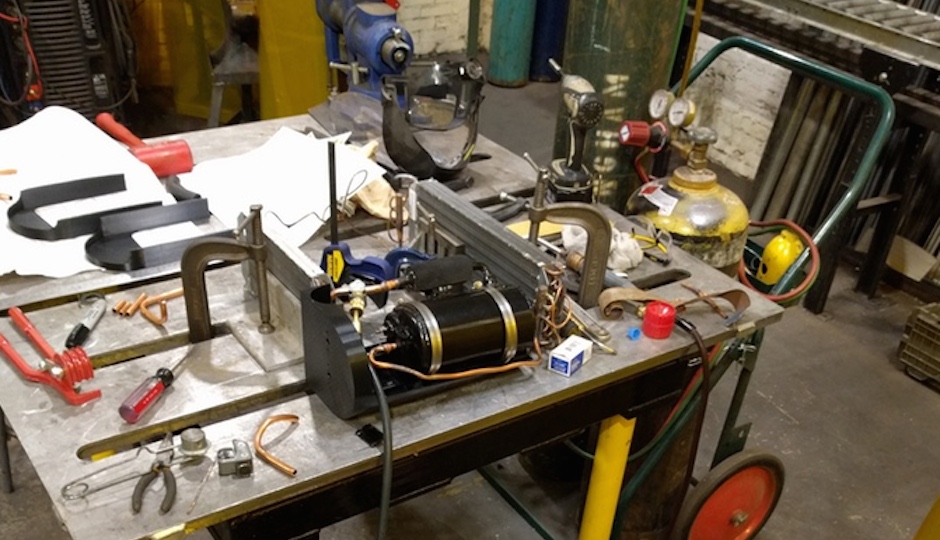 The innards of an early Noria prototype.

THERE ARE NO REAL CONTRACTS in the crowdfunding world. You say who you are and what you need money for, and prospective backers can decide for themselves if they want to give and how much. Between the two platforms, backers have pledged more than $4 billion since 2008.

Backers aren’t customers, nor are they equity investors. They’re taking a leap of faith — or a gamble, as Armm put it — that you’re going to follow through on your project and that they’ll receive their “reward,” what Kickstarter calls the thing that you get for your donation. (Indiegogo dubs them “perks.”)

Sometimes that reward is just a shout-out on a Facebook page or a handwritten thank-you card. Sometimes, in the case of a band looking to raise the money to tour Europe, it might be a cool band T-shirt or a limited-edition pressing of their latest album on vinyl. But more and more commonly, the reward is the very thing that you’re helping the person behind the campaign create. So, in the case of the Noria air conditioner, backers would get just that: a Noria air conditioner.

Naturally, with any system like this, there are going to be problems. After all, what we’re talking about is basically a 21st-century honor system. Kickstarter and Indiegogo have been anything but immune, and once money has been raised, the crowdfunding companies generally have no further involvement, no matter what the outcome.

One of the most-publicized examples of a Kickstarter-gone-bad was ZPM Espresso, an espresso machine that was going to be the best thing ever.

Espresso lovers from all over raised $370,000 — just a fraction of the funds raised for Noria — and three years later, ZPM’s creators officially announced that ZPM was dead. The money had evaporated, and backers were left without recourse, as dutifully documented by the New York Times.

And as the months wore on and with production delays and a frustrating lack of communication from the company, that’s exactly what some backers are worried about with Noria. 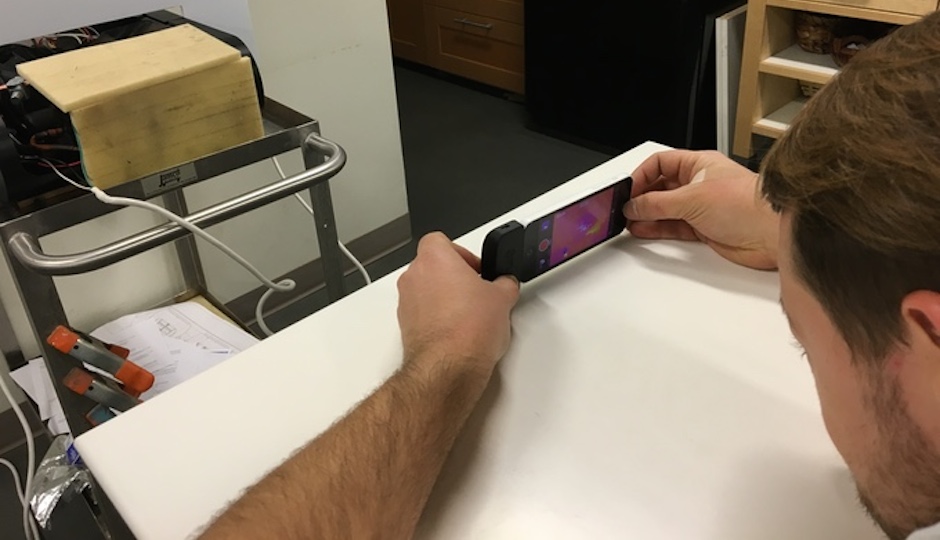 “I THINK THAT THEY ARE a rip-off,” says Armm. “I think that they’re full of crap. Sadly, I don’t see anything that can point me in a different direction.”

Murmurs of discontent began to pop up on the comments section of the Noria Kickstarter page way back in October, five months before the units were even supposed to ship. Some backers were concerned that there hadn’t been updates from the company in a while.

“This seems to be the only project that I’ve pledged that goes quiet after reaching its pledge target,” said New York’s Audrey Chin, who has backed six other Kickstarter projects, including reimagined versions of the bike bell and lunch box.

Then the Noria team issued an update, explaining that they were behind and that the Norias wouldn’t ship until later in 2017, probably after the summer season that they would have been used for.

“For those of us that will be receiving our Norias in the Fall months and won’t have a need for use through Fall, Winter and Spring, will there be an extended warranty due to the unit’s lack of activity?” asked backer Wally Gurney in a comment. “Because I for one would be extremely angry to receive a Noria, have it collect dust for five months then have it break in the first two months of use just to find out it’s no longer under warranty.”

Some of the Noria backers we spoke with who are upset about the delays didn’t even realize just how bad the delay really is.

JoAnn Loniewski told us that she thought she’d be getting her Noria in April or May, but that wasn’t good enough.

“I’m still skeptical,” she told us this week, still unaware that the chances of her Noria showing up this spring are nil. “So I am going to pursue the dispute on my Amex account. Hopefully I can get a resulting credit back. I care for my 92-year-old dad and simply can’t bank on waiting on this result anymore.”

So why didn’t she just go to the local Wal-Mart and buy something? Why go down the Kickstarter hole?

“It looked real good at the time,” she says. “First time I ever did a Kickstarter backing of anything. Don’t think I’d ever revisit that idea. At least not for a good long time.”

Over the last few months, those murmurs of discontent have become full-blown outrage. Some have said that they’re just as concerned about the company’s lack of communication as they are about the production delays.

“I … am so disgusted that I have not received any updates,” wrote backer Mary Murray on Kickstarter. “When can I expect delivery? I haven’t heard a thing since I sent my money except that you cashed the check.”

“Don’t take us for a ride,” said yet another Noria backer. “No one likes a con man.”

Many have asked for refunds.

“Our policy right now is not to issue refunds,” says Swanson, who called us on Tuesday from the Foshan province, where parts of Noria are being manufactured. “I know that people are disappointed. I totally get it.”

But Swanson rightly points out that the March 2017 date was only an estimate and that the “Risks and Challenges” description on the Kickstarter campaign — it’s the very last thing at the bottom of the very long page — always acknowledged that there was a chance that Noria could be late.

“There is a risk that Noria will not be ready to ship in time for Spring of 2017,” wrote Swanson on that page in 2016. “Given the seasonal nature of the product, a 3-6 month slip in timeline would result in Noria being delivered during or after the Summer of 2017.”

Now, he acknowledges that Noria might not ship until November of this year or January of next and that if he misses that deadline, there could really be some problems due to the Chinese manufacturing cycles and schedules.

“They have to be on ships before Chinese New Year,” he explains, adding that his team worked 60-hour weeks last summer to try to make that happen this year.

“In November, we had to accept that it wasn’t going to happen,” he says.

Swanson tells Philly Mag that he ran into issues with the motor for Noria as well as the refrigeration system. And it also took extra time for them to find the right fan to use to push the cold air out into the room, because the fan he was using was producing what he describes as an “annoying tone.”

In the end, the finished Noria product will be a little taller than expected — “but not significantly,” he promises — and instead of the promised Bluetooth interface, Noria will have wifi.

Given that Swanson raised quite a bit more money than he originally asked for, we wanted to know just how bad the situation would be right now if he had only met his goals instead of far exceeding them.

“It’s not really about the amount of money raised,” he insists. “Companies much bigger than us are years late with projects. Frankly, if we raised twice as much money as we did, in terms of complexity, you still have to solve the problem and duplicate the solution in the end based on the number of backers you have.”

“I’m just not buying all this bullshit,” says Armm, the disabled veteran from New Jersey. “I don’t believe that a company can act like this. I kinda think there needs to be a lawsuit.”

Swanson seems to take all of this rather personally, as he probably should.

“Our backers have every right to hold our feet to the fire,” he says. “This isn’t so much a business transaction. It’s more personal than that. To have all these people put all this faith in me … it makes the stakes really high, and there’s not a day that goes by that I don’t think about the people who backed us.”